Co-ed shows might have become du jour owing to the growing movement towards genderless fashion, but, for Givenchy, womenswear and menswear are about to be reinforced as separate categories again.

After staging three consecutive combined shows following the arrival of artistic director Clare Waight Keller, the brand has announced that it will return to the menswear calendar for the autumn/winter 2019 season.

“Granting menswear a dedicated platform starting from January reflects the house’s support of Clare Waight Keller’s vision for the brand,” Givenchy told WWD. Ready-to-wear and haute couture collections will continue to show women and men side-by-side on the catwalk and the campaigns will celebrate both genders, but the January 16 presentation is a chance for the designer to explore the possibilities of menswear within the new house codes she is creating. 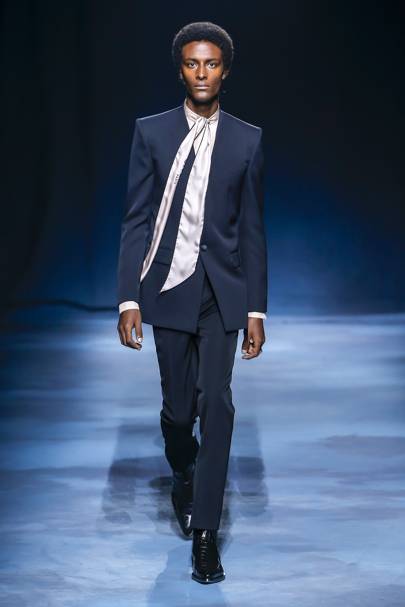 The move could also be influenced by Givenchy’s parent company LVMH, which is keen for brands in its stable to tap into the burgeoning menswear market. Three new creative chiefs have been placed at the helms of menswear at Louis Vuitton, Dior and Berluti in the last year. And Celine, under the charge of Hedi Slimane, will introduce menswear to its offering for the first time.

On the flip side, the number of brands showing men’s and women’s collections together is on the ascent. Celine and Maison Margiela staged their first co-ed shows this season, and brands including Stella McCartney, Balenciaga, Haider Ackermann and Sonia Rykiel featured models of both sexes on the catwalk. The balance, as ever in the current climate, is always shifting, as brands try to adjust to consumer desire, the demands of a conglomerate and the values of society, while retaining absolute originality.