The Claridge’s Christmas tree has long been a landmark of London’s festive season, owing to the creative visionaries that work on the centrepiece. For 2018, the ninth year the storied Mayfair hotel has enlisted a collaborator to conceptualise its fir, Claridge’s has asked Diane Von Furstenberg to do the honours.

Von Furstenberg will unveil her concept, entitled “The Tree of Love”, on the morning of November 27. If the design is anything like the fabulous Studio 54-inspired fashion that has become synonymous with her namesake brand, the tree is set to be a showstopper that will delight hotel guests and tourists alike. 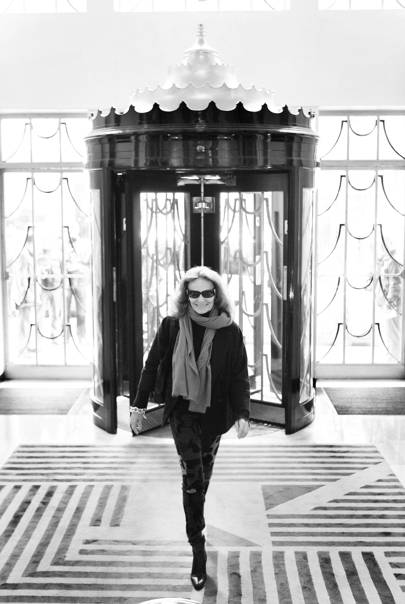 “Christmas has always been a truly special time of year at Claridge’s and we are delighted to welcome Diane to spread her creative magic this year,” Paul Jackson, Claridges' general manager, commented on the news. “Having designed a series of rooms and suites in her signature style in 2010, we really can’t wait to see her vision for our tree.”

Von Furstenberg, who describes Claridge’s as her home in London, is in good company. Previous tree designers have included Karl Lagerfeld, Jony Ive and Marc Newson, Christopher Bailey, and Domenico Dolce and Stefano Gabbana. Last year, the former chose to invert the 16-foot-high tree so that the star sat atop silver gilded roots as opposed to the uppermost point. But, while Largerfeld’s tree was a souvenir of his childhood, Von Furstenberg’s will celebrate “all aspects of life and love”. All will be revealed when the curtain comes down on November 27th.

Posted by FASHIONmode News at 11:06 AM