Telfar took home the top prize of $400,000, while Chromat and Ahlem’s award amounted to $150,000 each. As well as the prize money, the winners also receive mentoring from an industry figure of their choosing. 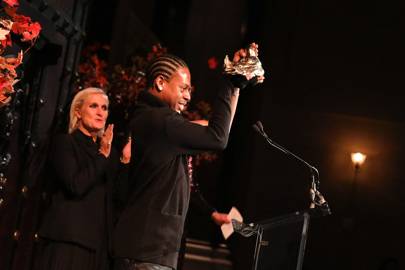 The celebrity line-up on the night remains strong, with the likes of Arizona Muse, Hilary Rhoda and Karlie Kloss leading the way on the red carpet. Preceding the awards themselves, this year’s Chateau Marmont designer showcase was equally starry, with Kaia Gerber, Zendaya and Millie Bobby Brown in attendance.

Posted by FASHIONmode News at 12:14 PM