Cosmetic surgery is big news in Britain. More of us undergo aesthetic procedures in the UK than in any other European country.

So it's hardly surprising that techniques are being constantly refined, updated and improved to tempt us to improve our appearance. Last month, surgeons announced that technology may soon allow women to have a 'boob job' in their lunch hour.

Here, we present a guide to that treatment and the other state-of-the art procedures heading our way soon. Will you be tempted?

Botox, the wrinkle-filler has been the treatment of 2002, and now a new procedure is set to offer a variation on the theme. The effects of Botox normally last for four to six months. But the new treatment is about to be launched with effects that last just two to three weeks. It's aimed at people who want the procedure simply for a special occasion or who are more cautious about trying Botox and would like to test out a more temporary procedure first.

A patient would be able to try a new look for a shorter period of time.

The treatment is exactly the same as Botox, but the fluid used is a shorter-acting type.

A few hours at most.


The volumetric or three dimensional face-lift is a new breed of less-invasive facial surgery that aims to plump out the face by pulling tissue inside the face back on to the cheekbones to give it a more youthful look rather than cutting away and tightening the skin - the technique used in the more traditional face-lift.

You will have fewer scars because the process does not involve as much cutting away of the skin. The technique also aims to give a more attractive look - a fuller, youthful appearance rather than a tight - and potential wind-tunnel - look. This technique is particularly suitable for younger patients - in their 40s and 50s - whose skin is not too wrinkled.

The surgeon makes incisions by each ear to reach the inner face tissue that may have slipped down the face due to ageing. It is pulled back upwards and resuspended on the cheekbones. The traditional face-lift involves making larger incisions by the ears and on the hairline. 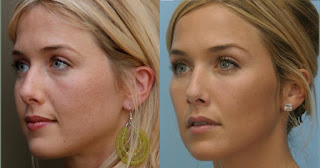 Between three and ten days, several days less than a traditional face-lift.

Touted as the must-have procedure of the future, this treatment, called Macrolane, does not involve the insertion of implants. Instead breasts are plumped up with injections in an hour-long appointment. The effects are less dramatic than conventional breast implants - increasing breast size from between half to three-quarters of a cup size - and the effects will only last for two to three years - rather than the usual ten to 15.

The procedure is far less invasive as it involves a series of injections rather than cutting of the skin. It is carried out under local - rather than general - anaesthetic and takes a fraction of the time to have carried out and to recover from. The effects are more subtle, which many women prefer.

Hyaluronic acid, a substance already used as a wrinkle filler in other procedures, is injected below the breast. Hyaluronic acid is a substance which naturally occurs in the body to plump out our skin. For these purposes it is made artificially. The procedure can be completed in a one hour visit. 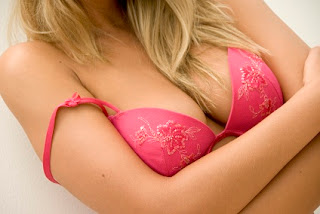 A few hours at most. Theoretically a patient may not even have to take the afternoon off work.


GROW YOUR OWN WRINKLE FILLER

In this treatment - called Isolagan - rather than having the standard type of collagen - bovine collagen from cows - injected into your wrinkles, the patient has a sample of his or her own collagen taken and grown in a laboratory which is then injected into their wrinkles.

Under a local anaesthetic the patient has a small biopsy taken from behind their ear. This may involve having a couple of stitches. Collagen is then extracted from this and grown in a laboratory. 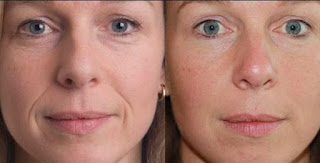 A few hours at the most.

When is it available?

This treatment has been available in America for three years, but it has only just reached Britain, where the first volunteers are currently undergoing trial procedures.

Posted by FASHIONmode News at 3:29 PM