Matters of survival: However otherworldly, TNT staged a gas mask-laden fashion show and art installation Thursday at the DIA in West Chelsea as a precursor to Sunday’s debut of its post-apocalyptic drama “The Last Ship.” Even the show’s leading man Eric Dane was floored by the likelihood of it all. “I never thought that starring in ‘The Last Ship’ would lead to gas mask fashion,” the actor better known for his “McSteamy” role on “Grey’s Anatomy” told the crowd before the lights faded to black.

Models hen hit the runway in Irene Luft-designed garments and serious gas masks designed by an assortment of  designers and artists. Various screens around the gallery flashed  video footage that was a cross between sci-fi and artistic. While Luft had jetted in from Munich for the show, Dane and his costar Rhona Mitra winged it from Los Angeles to plug their Michael Bay-produced show. As for any real-life end-of-the-word experiences, Dane told, “We had an earthquake a few weeks ago in Los Angles and now that I have children that felt apocalyptic.” 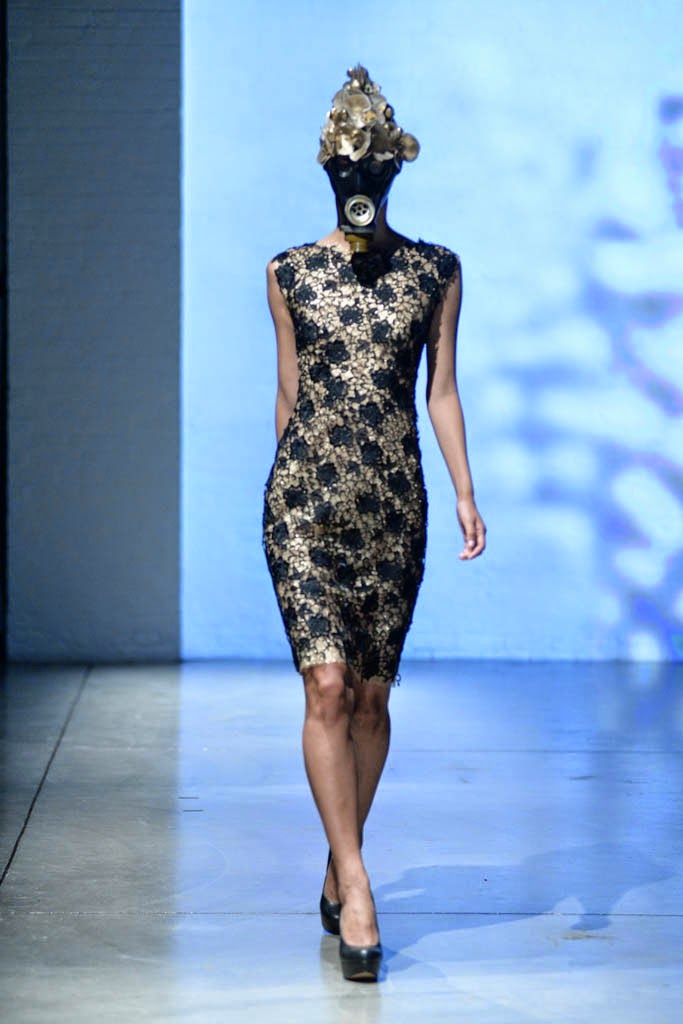 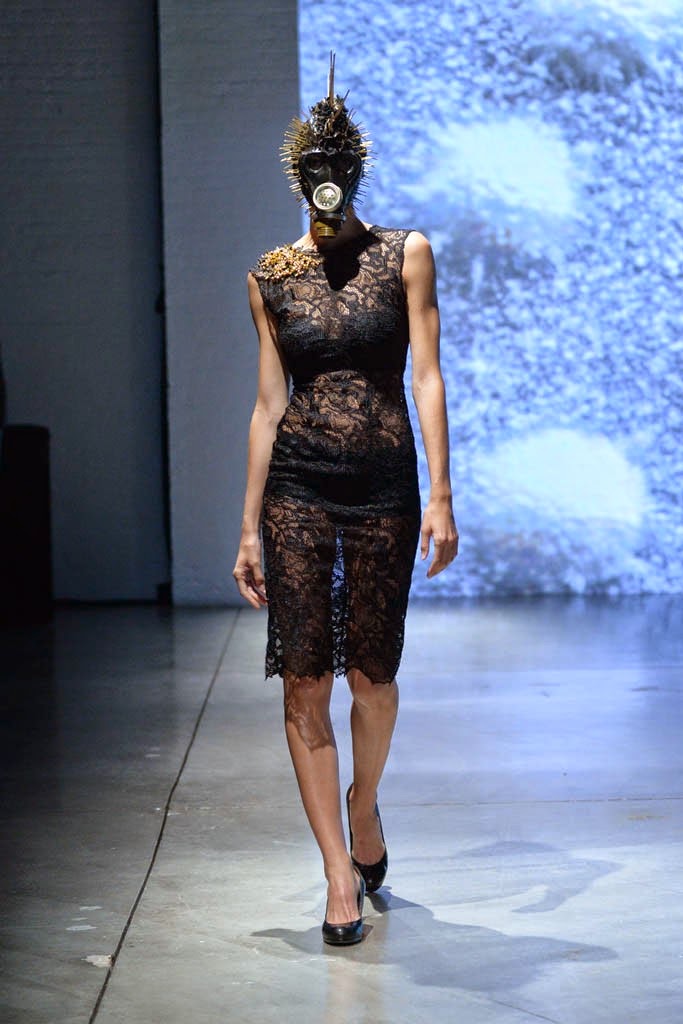 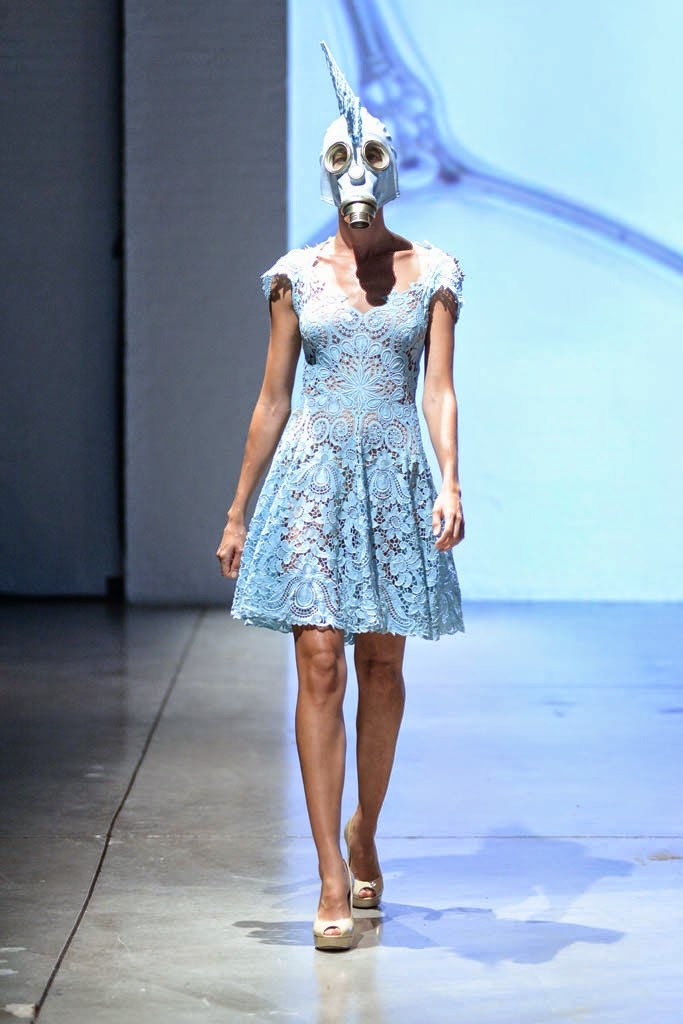 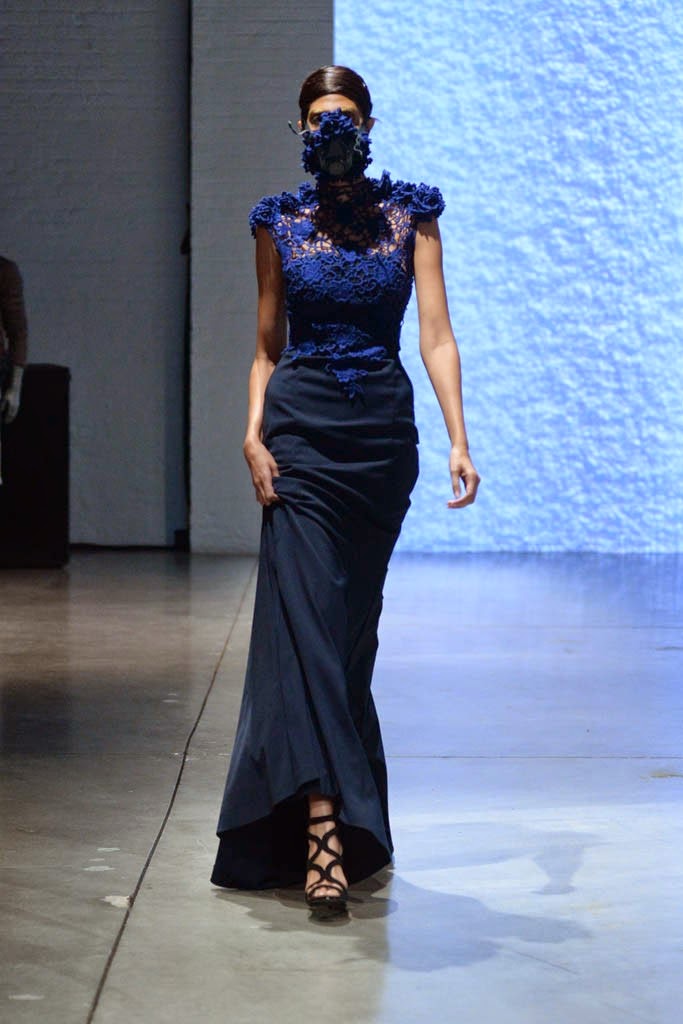 Having lived in Manhattan for a stretch including when his wife Rebecca Gayheart was on Broadway, the actor said, “I love the city. It’s alive. I dig that. but I can only handle it in short spurts. I love to drive so I really miss my car when I’m here for a long time. I like getting out and driving.”

Dane dressed for Thursday’s Armageddon-inspired event in a black motorcycle jacket and black jeans, and Mitra did him one better, wearing a futuristic, perforated printed dress. Her choice was not a label driven one. “I don’t know whose dress it is. Actually I wore it on a shoot the other day and I literally grabbed it on my way out of town. I thought it was perfect with the weather and everything,” she said. “I probably shouldn’t say who the shoot was for because I probably shouldn’t be wearing it tonight.” 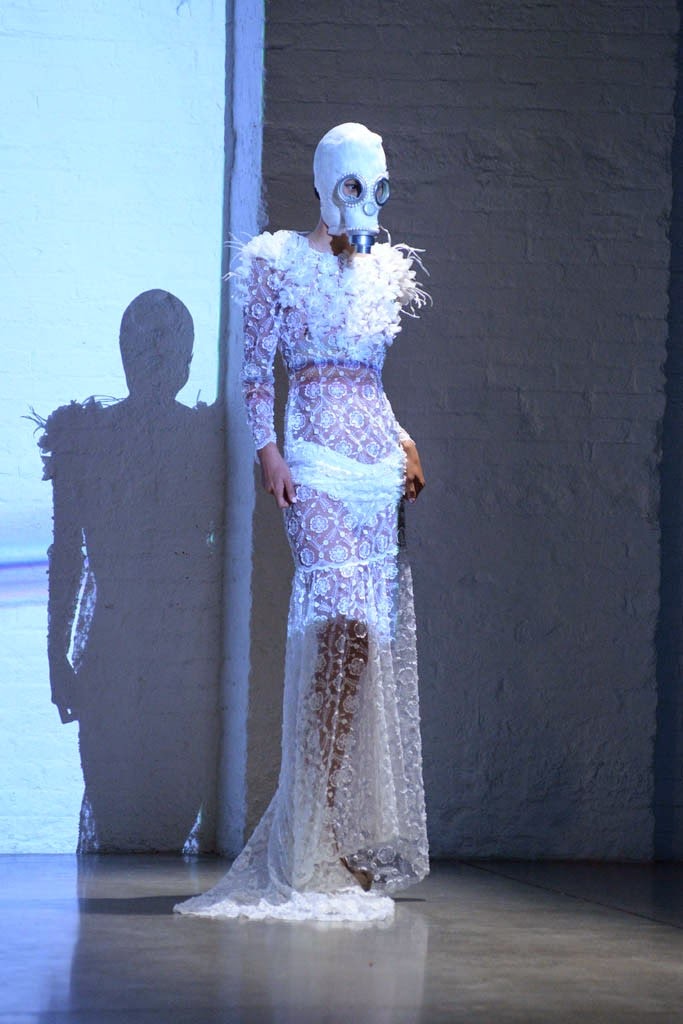 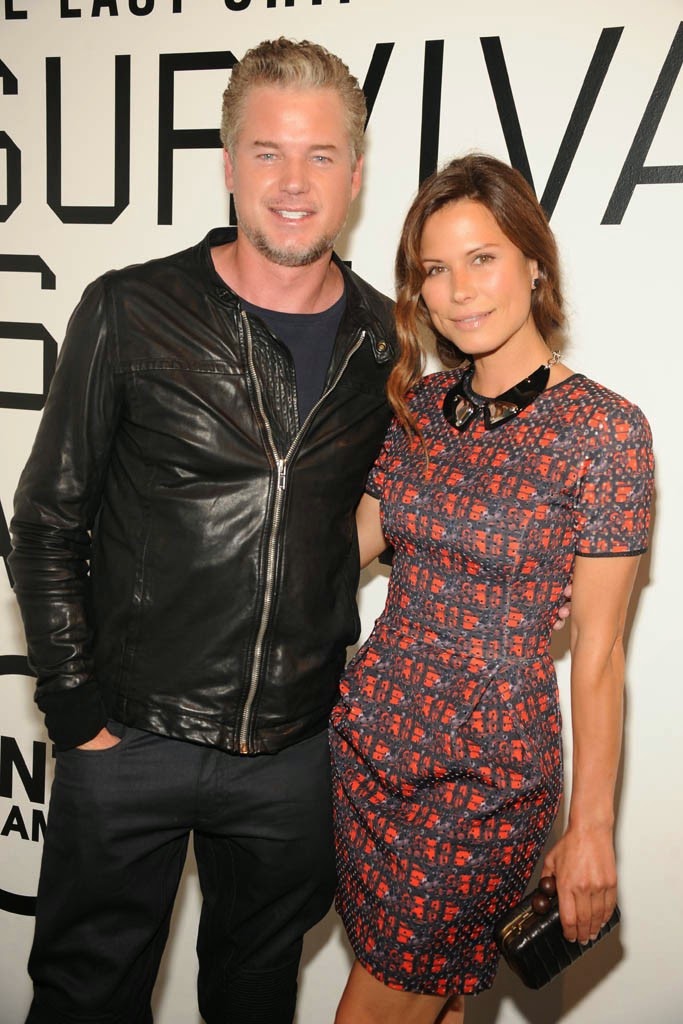 Another type of decision is approaching,  whether to attend a party at her friend Alice Temperley’s before Comic-Con. “It’s difficult to wean yourself away from those parties. They’re so lovely. All my best friends are there and my brothers are there so you really want to stay there. To extract yourself and come back to the circus is sometimes a difficult thing.”

Posted by FASHIONmode News at 7:44 PM