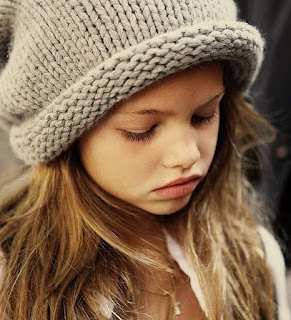 In other images the pre-teen pouts while applying lipstick and dons a metallic dress with the front cut to the waist.

The pictures have reignited the debate about the sexualisation of young girls. 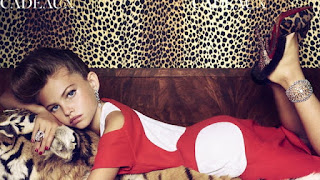 The daughter of French international footballer Patrick Blondeau and TV presenter Veronika Loubry, Thylane has been modelling since she was five and is hotly tipped to be fashion's next big thing.

Comparisons between her and Brigitte Bardot, who appeared in Elle aged 15, are already being made.

But in reality Thylane is just the latest in a long line of young stars groomed for modelling. 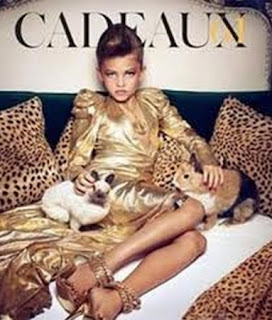 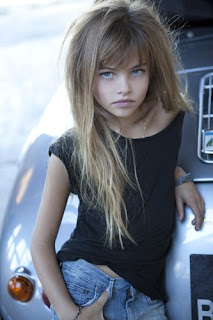 Last month, PM David Cameron called for more stringent rules on the depiction of children and the creation of a website where parents can complain about inappropriate material.
Posted by FASHIONmode News at 6:50 PM