The Recognition Of Olivier Theyskens

It was the business equivalent of a blind date.

Before teaming up with Theory, Mr. Theyskens was artistic director of Rochas and Nina Ricci. 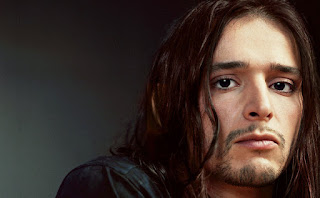 On a February afternoon in 2010, Andrew Rosen, a founder of Theory, and the Belgian designer Olivier Theyskens met for lunch at Macelleria, a rustic Italian restaurant a few cobblestones away from Theory’s offices in the meatpacking district.

On the surface, the two men were an unlikely pairing. One was a blunt-speaking, hard-charging New Yorker who got his start in his family’s retailing business three decades earlier and who had built a fashion empire on the principle that clothes could be both practical and stylish. The other was an ethereal, almost waiflike presence whose three previous attempts to create a luxury line (once under his own name, then successively for the venerable European houses Rochas and Nina Ricci) had foundered despite ample critical acclaim.

Steven Kolb, the chief executive of the Council of Fashion Designers of America, was largely responsible for this face-to-face meeting. Acting as a sort of matchmaker, Mr. Kolb had sent Mr. Rosen an e-mail last year at the request of Mr. Theyskens’s lawyers, whom he knew through the council. Mr. Theyskens was interested in starting his own line, and he wanted Mr. Rosen’s support. 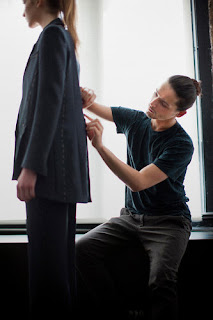 Mr. Rosen was known in the industry for providing crucial backing for up-and-coming brands like Rag & Bone, Alice + Olivia and Gryphon, as well as helping to revitalize the Helmut Lang brand.

But Mr. Rosen had other ideas, none of which included setting up Mr. Theyskens in his own business. As Mr. Rosen explained in an interview in his office this spring, “Starting a business today from scratch is a very complicated thing, and to do something on the scale that Olivier would be happy with would be a very expensive proposition.”

Moreover, Mr. Rosen was not shopping for a star designer. But he was on a mission to grow the Theory brand beyond its current markets in the United States and Japan. Bringing in a celebrated international designer like Mr. Theyskens might very well help that cause and give the brand some fresh energy.

So after lunch, as the two men strolled into the nearby Theory flagship, Mr. Rosen suggested that rather than start his own line, Mr. Theyskens design one for Theory.

Mr. Theyskens was intrigued. He had already calculated that it would be impossible to forge a new business with fewer than 30 people, including those with expertise in sales and the contemporary market. Theory already had the staff and expertise. “You always want to start things,” Mr. Theyskens said, “but you want to measure the risk.” Working with a retailing veteran like Mr. Rosen would help him do just that.

In May 2010, it was announced that Mr. Theyskens would design a new line: Theyskens’ Theory. Five months after that — before the first collection was even in stores, and thus still an unknown in terms of its commercial viability — Mr. Theyskens was also named artistic director of the entire Theory brand, which is owned by Japan’s Fast Retailing.

Mr. Rosen was asked whether the seemingly sudden decision to hand over creative control of Theory to the young designer was a risky move. “To me, it’s not a risk,” he said. “I know Olivier, and I know his understanding of Theory. I think it’s a great opportunity. I didn’t need a reaction from the consumer on Theyskens’ Theory. It’s amazing clothes that will get an amazing response.” 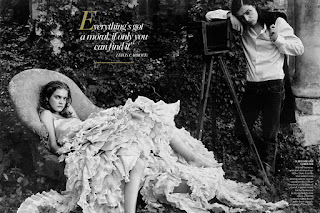 Looking back, Mr. Rosen acknowledged that the series of developments that led from that lunch to this current partnership came somewhat as a surprise to him and to Mr. Theyskens: “I don’t think he was ever thinking that, oh, one day he was going to become the artistic director of Theory.”
Posted by FASHIONmode News at 7:46 PM