The themes from this year's Victoria's Secret show - which give us a hint at the costumes and staging that we can expect on the night as well as how the models might be dressed - have been revealed, and they are unsurprisingly dramatic.

Gilded Angels, promising "goddesses drenched in gold leaf" opens the show;Exotic Traveller sees the models adorned with mirrors and jewels exploring "Mongolian, Asian and Indian influences"; Fairy Tale melds Shakespeare with the Brothers Grimm dressing the girls as "firefly-like pixies" - expect wings aplenty; Dream Girl will transport us back to the Fifties, channelling a boudoir babe in fluffy slippers; University of Pink takes the company's younger label to the street with graffiti prints and oodles of attitude, inspired by Jeremy Scott, Kenzo and vintage Versace; while this year's finale is Angel Ball - a monochromatic celebration of both classic tuxedos and elegant gowns.

Last year´s themes included one British Invasion that hinted that the show would this year make its debut in London for 2014. The sketches of this year's looks feature representations of models including Candice Swanepoel. 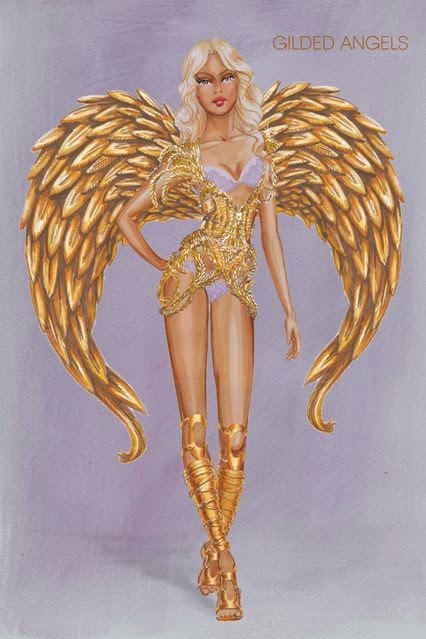 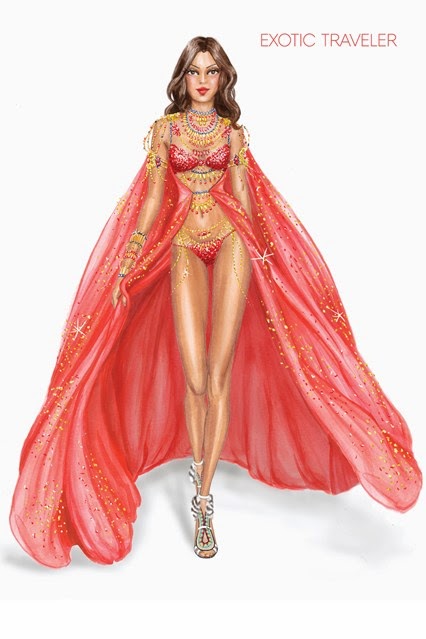 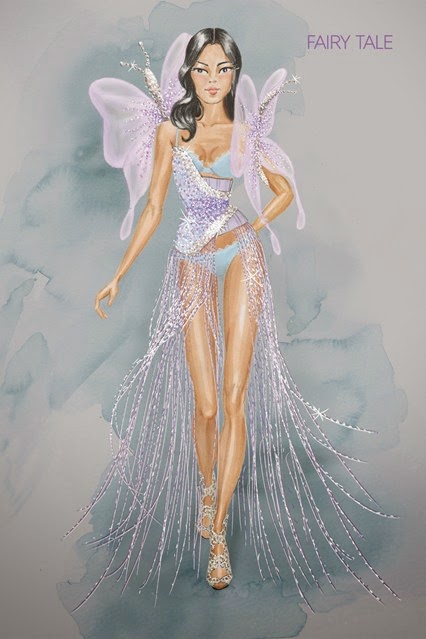 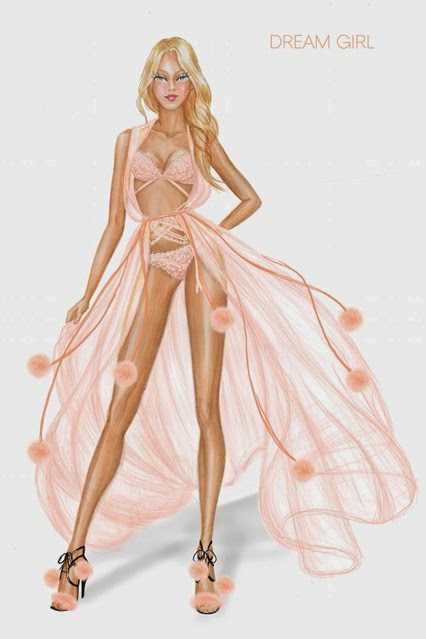 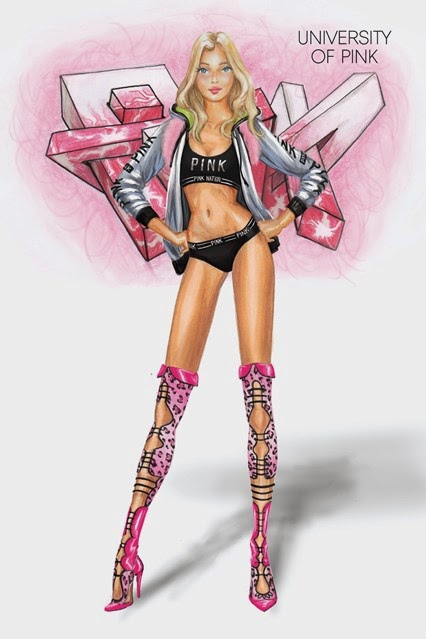 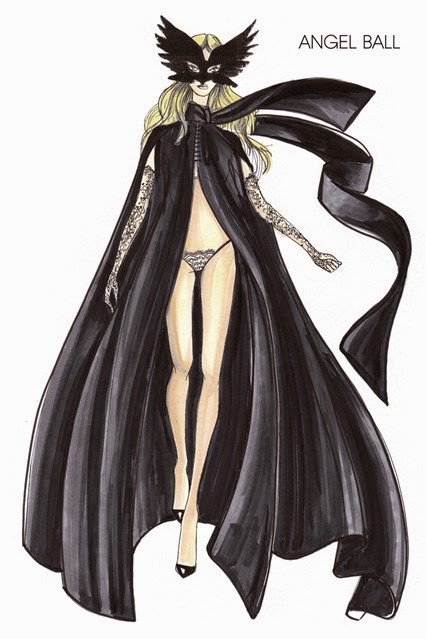 Posted by FASHIONmode News at 2:47 PM