Ralph Lauren’s brand is turning 50 this year, and the Council of Fashion Designers of America will celebrate the designer’s impact with a tribute at the 2018 CFDA Awards. During the June 4 ceremony, Lauren will be recognised with a CFDA Members Salute, an honour on behalf of all 500-plus CFDA members to mark Lauren’s global effect on fashion and his leadership in the industry. “From starting with a tie at Bloomingdale’s to building a global brand, I respect and admire everything that Ralph Lauren stands for, including his philanthropy and kindness,” CFDA chairwoman Diane von Furstenberg says. “This is the perfect moment for CFDA members to salute this icon of American fashion.” 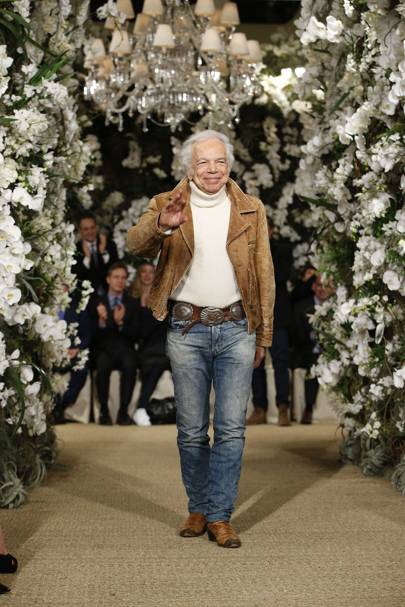 This is the first members salute in the history of the CFDA, a fitting way to celebrate the man who has already been honoured with the CFDA Lifetime Achievement Award in 1991 and the CFDA American Fashion Legend Award in 2007, among other wins. For Lauren, the honour comes 51 years after he started selling ties under the Ralph Lauren name in 1967. He established his label, Ralph Lauren Polo, the following year with a collection sold exclusively at Bloomingdale’s. From there, Lauren went on to create one of American fashion’s most enduring empires, branching into womenswear, childrenswear, home goods, fragrance, eyewear, and even restaurants, all without losing sight of the all-American vision that set the Ralph Lauren brand apart in the marketplace. His mark on fashion over the years has been immeasurable, inspiring everything from design elements, like an embroidered emblem on the left breast of a polo shirt, to the idea of what a global lifestyle brand could be.

Speaking to Vogue in 2002, on the eve of his 35th anniversary in business, Lauren took pride in “developing an audience and keeping that audience - that’s an accomplishment, I guess.” Fifteen years later that still holds true. Another one of his quotes that has aged as well as his clothing: “I’ve always said that if it looks better next year than it does this year, then I’ve done the job right.”