Matches fashion has announced this morning that it is to open a new 24,000sq ft home in the Queen Elizabeth Olympic Park to house its growing content creation operations. The new creative hub will be situated at Here East; have up to 20 photography bays and video sets, as well as a new media studio space to create its e-commerce editorial (including shoppable editorial videos); and will boost its studio output to more than 2000 products per week - a 50 per cent increase from current production.

“Storytelling is such an important part of what we do and how we engage with our customer and service our brand partners through elevated content creation – we are renowned for the content we produce in house and the seamless integration with commerce," said CEO Ulric Jerome. "This move to Here East, and our investment in a new creative hub, will help us to achieve our plans to generate even more innovative and engaging content for our brands and our customer. We forecast that this move will not only attract new talent but create more than 150 jobs within four years. This is yet another exciting step forward for the business as we continue to scale Matchesfashion.com.”

The company's latest move comes after a string of impressive financial results. In January, it revealed sales were up 82 per cent in the six weeks to January 8, while in March it confirmed it was enjoying a 61 per cent year-on-year growth with total online sales for 2016 up by 73 per cent, reports theBoF. 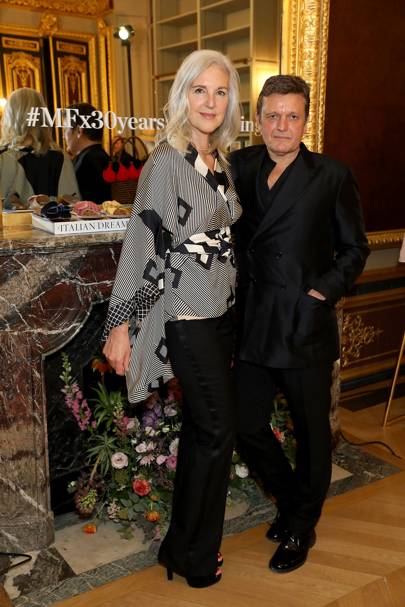 The fashion retailer, which still has three bricks-and-mortar stores in Marylebone, Notting Hill and Wimbledon, is not the only prestigious name to be attracted to the area, which was originally developed for the 2012 Olympic Games. The London College of Fashion is prepping to permanently move there from its Oxford Circus base in 2021; while the V&A and Sadler's Wells have also secured spots on the site.

“Here East is unique in providing the space and infrastructure for entrepreneurs, global businesses and academics to come together and collaborate in the pursuit of innovation," said Gavin Poole, CEO of Here East. "Matchesfashion.com’s decision to join our community of innovators, start-ups and tech specialists is exciting for the whole campus and further realises our vision for different sectors to come together and collaborate. The renaissance of fashion in East London has given rise to an emergent fashion cluster and it is driven, in part, by the growth in digital creativity.

It's yet another encouraging sign of growth for the retailer (which remains under the majority ownership of its founders Tom and Ruth Chapman), following its announcement earlier this year that it is opening a new showroom in Carlos Place in Mayfair. It also comes at a time when several of its competitors are upping their game in the digital fashion space. So far, 2017 has been an expansive time for Farfetch.com, which absorbed the Condé Nast-owned Style.com in a deal with the publisher earlier this year, while the same can be said for LVMH, which announced its first fully fledged e-commerce platform, 24Sevres.com, in June.

Posted by FASHIONmode News at 11:03 AM