Peter Marino Says His Look Is "A Decoy"

While Peter Marino is most respected for his architectural talents, he is most recognisable by his distinctive sartorial style. But, according to the designer, the latter is "a decoy".

"Would you think you're talking to a bright architect looking at a guy like me?" the designer told 60 Minutes this weekend, adding that people shouldn't underestimate his mathematical clout just because he pays close attention to his appearance. "I had to get my license, and you gotta keep your license up-to-date. You have to take 18 credits a year. That's the hardest part. You gotta keep taking courses. Dude, they don't let you forget it." 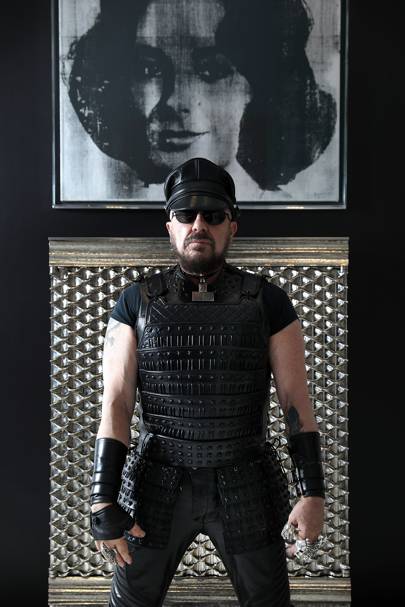 A Fashion Week regular, Marino has worked for the biggest names in the industry, designing their shop spaces and architecting customer experiences for premises all over the world - Chanel, Louis Vuitton and Dior to name only a few - which demands a deft touch and an alternate view of the references that inspire him, as he told the show. 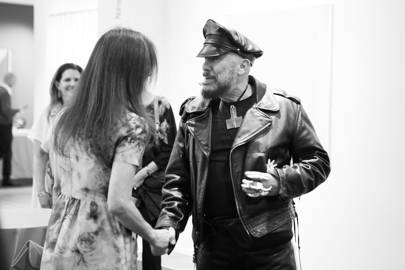 "I like more the fact that I like to think out-of-the-box," he said, when asked if he enjoyed people questioning his wardrobe tastes. "Thinking out-of-the-box goes along with dressing out-of-the-box and living out-of-the-box. If you want to come up with a really original design idea and you want to capture a whole new design direction, perhaps the best way to arrive at that is not by acting and thinking and doing like everybody else. That's all."
Posted by FASHIONmode News at 2:24 PM