Widely known as one of Dolce & Gabbana’s leading ladies, having starred in campaigns and walked the runway shows for over 10 years, it’s no surprise that the Italian model looked to the brand for her big day. 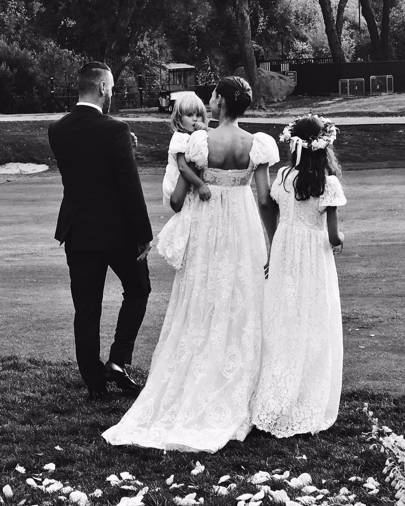 Stefano Gabbana, who was in attendance, captioned his Instagram pictures of the bespoke gown, which featured voluminous cropped sleeves and an empire silhouette, “#DG family”, emphasising the close friendship between the brand founders and Balti. The Sports Illustrated star, who launched her debut swimwear line in June,made her vows alongside her two daughters, Matilde Lucidi and Mia McRae, who also wore white lace.

Posted by FASHIONmode News at 2:10 PM