Gus Ruiz Checo and Miguel Yerga Aparicio's creative space has gone from strength to strength in the past six months, which was reinforced by another successful event  to showcase the space to over 200 of the city's industry people. 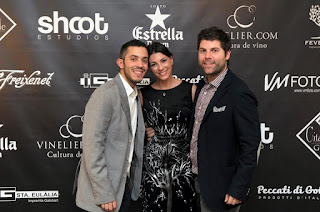 This took the form of an evening packed with  networking, food, drink and culminating in an exhibition of 9 various artists adorning the walls of this crisp minimal studio.
The creative team are already preparing to launch their highly industrial shoot space in Tetuan, Barcelona, which will serve as a creative juxtaposition to their  sister venue.
Posted by FASHIONmode News at 11:11 AM