Barcelona, a design and fashion capital?

Prestigious international magazine Vanity Fair  kicked off this process with the exhibition "Hall of Fame". The exhibition, which will be on display until 2 February on Passeig de Gràcia, brings together a selection of 60 images taken by some of the most prestigious photographers in the world. 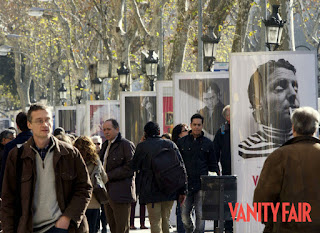 What's more, the week of 24th January sees a series of major events overlapping in the Catalan capital, including The Brandery (27-29 January), 080 Barcelona Fashion (25-28 January), the second joint initiative Second Chance (from 23 to 26 January at shopping centers and from 26 to 29 at the same Brandery), and the ASVOFF International Fashion Film Festival (24-27 January). 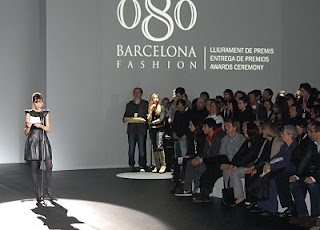 Another winter edition of The Brandery  has landed in town with the slogan "Love your Way". More than 30,000 people passed between Friday and Sunday for the sixth edition of the fashion show, which is consolidated and business center and platform for creativity. 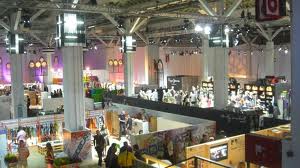 The fair opened at the weekend for the first time, so as to make it easier for the public to attend. It was continued to be split into two distinct areas: the Trade Show, the commercial section, exclusively open to fashion industry professionals, and Brandtown a Fashion Experience, open to the general public. Besides the exhibition area, The Brandery once again offered truly spectacular catwalk shows, with the emphasis on the show part. Also back for this edition is the OnTheStoreFront exhibition, featuring window displayed created by some of Barcelona's top design schools.

Virtually simultaneously, Barcelona's Plaça del Rei hosted 080 Barcelona Fashion, organised by the Government of Catalonia's Consortium for Trade, Crafts and Fashion (CCAM). Previously focused on budding talent and young independent designers, the runway showed at this 9th edition will bear out a new approach that sees the event open up to the industry and to household retail and distribution brands.

The city geared up for the second edition of Second Chance, an initiative combining fashion, charity efforts and recycling. From Monday 23rd to Thursday 26th January, the Bulevard Rosa, La Illa Diagonal and Pedralbes Centre shopping centres collected used jeans in a good condition. These were then by customised by students from the Escola Elisava's Master in Fashion Design, within the framework of The Brandery, and then be donated to the Fundacio Arrels, which works to provide care for the homeless. From 26 to 29 February Second Chance will be located in an area of The Brandery.

Fashion At Its Most Audiovisual

Anyone interested in the audiovisual side of fashion didn't miss ASVOFF the Barcelona International Fashion Film Festival, run by the fashion critic and journalist Diane Pernet, who also writes the blog A Shaded View On Fashion Film. New features this year included the mobile competition, honouring the best short film shot using a mobile device, which has the support of Barcelona City Council.

Creative Talent Brought To You By MODAFAD

MODAFAD is an independent non-profit association associated with FAD (Fostering Arts and Designs), which has been promoting Barcelona's fashion scene and young designers since 1993. This year's show is scheduled to take place at the Antiga Fàbrica Moritz (old Moritz brewery) this 24th January and also included a light show by renowned artist Moritz Waldemeyer.

Launched in Barcelona, BeCo is the first platform in Spain aiming to raise awareness and foster business in the area of ethical fashion. The initiative, which boasts the support of Barcelona City Council, was kicked off at The Brandery and aims to create and promote sustainability-related projects in the fashion industry and raise the profile of the sector as a driving force for economic activity and employment.

Something For The Little Ones

Little Barcelona is the new children's fashion taking place on 5th – 6th February at the home of FAD (Fostering Arts and Design). The event had taken place for the first time in Barcelona and will feature 50 brands from the sector that shy away from the classic and traditional.

A Key Sector For Barcelona's Economy

According to the recently established Catalan Textiles And Fashion Cluster this sector, which is home to some 3,000 companies and 40,000 professionals, generates an aggregate turnover of 5,000 million euros, i.e. 4.5% of the industrial GDP and 1.5% of the overall GDP in Catalonia.

The Top Designers Of Fashion Week.

Catalonian fashion brings to mind vibrant colors, bold prints and frilly things. If you’ve ever walked through Gaudi’s Park Guell—or popped into a Desigual store, for that matter—then you know the people of this lively corner of Spain aren’t afraid to show some flash, or flesh. But don't sell the local style short; there were plenty of unexpected runway moments at Barcelona Fashion Week, aka 080 Barcelona. Coming up next, the pick of the bunch from 080 Fashion Week.
Posted by FASHIONmode News at 11:20 AM