His decades-long career spanned fashion, film and theatre, and he is widely credited with realising some of the most ambitious sets in these fields. Closely aligned with many of fashion’s most-celebrated creators, Howells collaborated with John Galliano on fashion show sets for both his eponymous label and Christian Dior, and realised the catwalk visions of Christian Lacroix and Alexander McQueen.

Creative partnerships with high-profile photographers, including a long-standing relationship with Nick Knight, have also seen Howells design the advertising campaign backdrops of global brands, including Louis Vuittonand Christian Dior. He lent British Vogue his talent, imagination and wit as a contributor on numerous occasions. 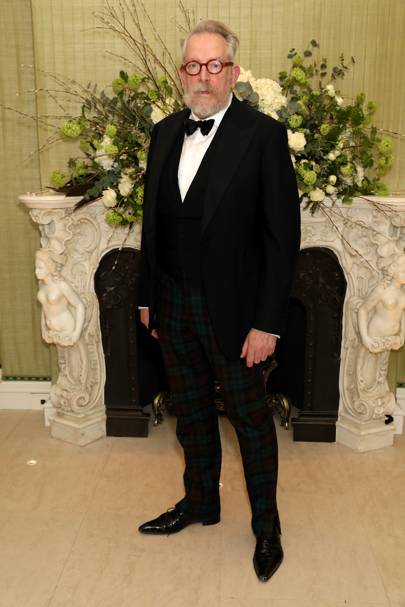 "Not only was Michael Howells a genius, he was also a sweet and honourable man. I will miss his laughter," editor-in-chief Edward Enninful commented.

Howells’s influence on performing arts has seen him complete the sets for titles including Bright Young Things with close friend Stephen Fry, Shackletonwith Charles Sturridge, About Time Too and Miss Julie with Mike Figgis, and most recently ITV’s Victoria. His theatre credits include MSM/DV8 Physical Theatre at the Royal Court, Towards Poetry for The Royal Ballet and many more memorable stage productions that pulled ideas from travel, art, literature and history alike.

He won and was nominated for many awards across each field, including the inaugural Isabella Blow British Fashion Creator of the Year Award in 2007 and the Prix d’Excellence de la Mode for his work with Galliano in 2007.

Posted by FASHIONmode News at 6:47 PM