Can Lululemon Rival Nike And Adidas In The Trainer Game?

Lululemon is about to stretch off its yoga mats and stride into the footwear market. The sportswear brand, best known for its matchy-matchy gym gear beloved by the pilates set, plans to disrupt the trainer arena dominated by Nike and Adidas.

“We tested, and what we learned is: the [customer] resonates with us selling footwear,” Lululemon chief executive Calvin McDonald said during the company’s first analyst day since 2014, in which he outlined its five-year growth plan. “We believe we’ve identified an opportunity that will be unique to us, and unique within the marketplace.”

McDonald was unable to share specifics on the shoes – “We are looking to do it ourselves and we’ll share more at a later date” – but it is likely the styles will be functional rather than aimed at sneakerheads. Lululemon's tagline is “Yoga Clothes + Running Gear” and all the company’s messaging is weighted towards technical references for the “sweaty pursuits” it caters for, rather than fashion trends. It is not yet known whether the brand will stop stocking Athletic Propulsion Labs, the affiliate trainers it has stocked in its global stores since 2017. 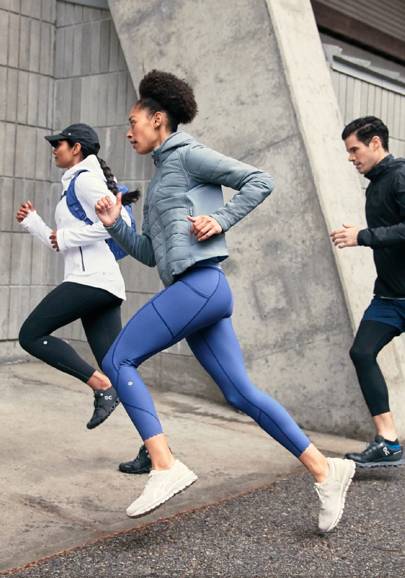 As well as having decades of innovation in the field to catch up on, Lululemon has to be mindful of its environmental footprint trying to break into the footwear arena. In Fashion Revolution’s 2019 Transparency Index, sportswear brands came out on top in the aggregated group of 200 brands. Adidas, Reebok and Patagonia disclosed the most information on human rights policies, environmental practices and supply chains, scoring 64 per cent. Lululemon scored 41 per cent, in comparison. Aside from the progressive activations from the sportswear titans, such as Adidas's first fully recyclable trainer with a never-ending lifespan, it faces competition from emerging trainer brands, such as Allbirds and Koio.

The retailer's mission to double sales of its men’s and online businesses and quadruple international revenues by 2023 means the pressure is on for the label to “enter [into the footwear sphere] with something that is unique, defined, and focused,” McDonald outlined.