Edie Campbell is continuing to call out the fashion industry. The model – and Vogue cover star – took to Instagram on February 21 to reveal that she was told by a brand that she was “too big” to open its show during Milan Fashion Week.

Campbell – who closed the Alberta Ferretti show on February 21 – instead ordered a “slap-up brekkie” with her friend, artist Christabel MacGreevy in their hotel room in the city, shared the details on Instagram Stories. Pictured eating a croissant, she then added: “And by ‘too big’ I don’t mean ‘too famous’, I mean too fat.” 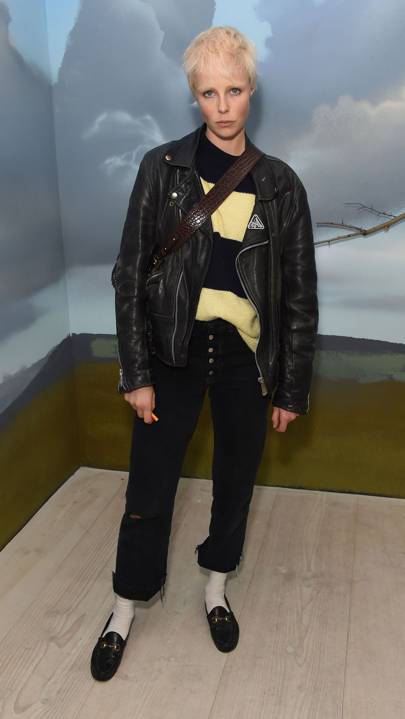 It’s not the first time Campbell – who has previously walked for Alexander McQueen, Louis Vuitton and Dior – has taken aim at the fashion industry. In 2017, she published an open letter on WWD, criticising the treatment of models. “We operate within a culture that is too accepting of abuse, in all of its manifestations,” she wrote. “This can be the ritual humiliation of models, belittling of assistants, power plays and screaming fits. We have come to see this as simply a part of the job.”

Posted by FASHIONmode News at 10:06 AM