In just two weeks, the autumn/winter 2019 ready-to-wear season will officially begin in New York – but if you’ve been paying attention, you know fashion week is always happening somewhere. In the next couple of months alone, Vogue will cover shows in Copenhagen, Stockholm, Madrid, and Tbilisi in addition to the “main” circuit. In our increasingly digital world, it’s never been easier for a designer to get noticed, regardless of where they are in the world. The LVMH Prize is a consistent reminder of that; the pool of talent seems to become more global by the year. In 2018, for instance, executive vice president of Louis Vuitton and founder of the LVMH Prize, Delphine Arnault, revealed they got a record number of applications from Asia, particularly China. “The Prize is international, and so is fashion,” she tells Vogue.

Naturally, the panel of jurors who choose those finalists should be international, too. “It is important that the diversity of experts [on the jury] be a reflection of the diversity of styles and realities in our industry,” she continues. Their perspectives and focuses within fashion are diverse, too. “The interesting thing with this industry is that it is constantly evolving, thus creating new opportunities. The presence of influencers like Aimee Song and Chiara Ferragni, for instance, is a novelty in the Prize and reflects their growing clout in our field.” 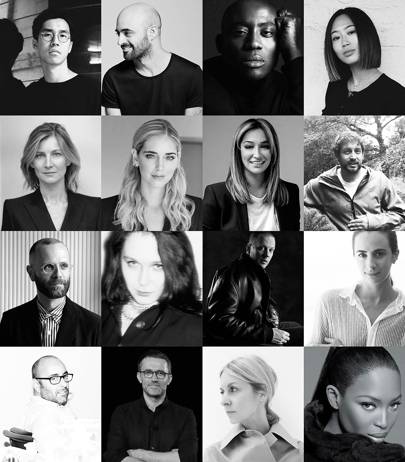 As well as Vogue’s Edward Enninful, Song and Ferragni, who is the ambassador of the LVMH Prize for 2019, are among the 16 experts Arnault is welcoming to the LVMH Prize jury this year. Song and Ferragni’s hybridised careers – as models, bloggers, designers, consultants, et al – also represents Arnault’s belief that a variety of voices and talents are crucial to providing the strongest mentorship to the designers. “Obviously with the internet, businesses are crossing over – from print or brick-and-mortar to digital,” Arnault says. “But also the other way around. [The experts’] perspectives on creation today is invaluable, and their interactions with the semi-finalists will help these young designers gather critical feedback to enable them to grow.”

Arnault shared the full list of new jurors exclusively with Vogue. Watch this space to see which designers inch closer to earning the top prize; we’ll meet the semi-finalists on March 1 and 2, during Paris Fashion Week, and the grand prize will be awarded in June.

Posted by FASHIONmode News at 7:06 PM