”Bruno Sialelli, a 31-year-old unknown French designer hailing from the menswear division at Loewe, has been named the creative director of Lanvin. Sialelli will be the fourth designer in four years at the French fashion house.

Sialelli’s “singular and very personal vision, his audacity, his culture, his energy and ability to build a strong creative team definitely convinced us,” Lanvin’s chief executive Jean-Philippe Hecquet commented. In his new position, Sialelli, who has stints at Acne Studios, Paco Rabanne and Balenciaga as well as Loewe under his belt, will be charged with unifying Lanvin’s menswear and womenswear divisions, as its Chinese parent company Fosun prepares to take the house in a “pivotal new direction”. As more and more brands lean towards a co-ed model, this is no surprise.

"I am delighted and honoured to join Lanvin, a house founded by a visionary woman who, among the first French couturiers, dared to offer a global universe with a very wide field of expression,” Sialelli noted. “Bringing emotions through compelling stories and defining a modern attitude are going to be exciting challenges in continuing this legacy. 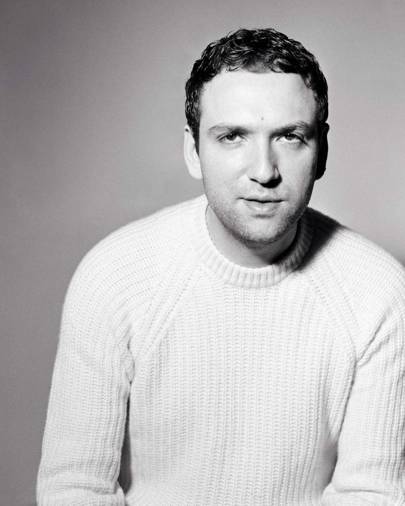 Lanvin has experienced a period of unrest since Alber Elbaz departed the brand in October 2015 after 14 years. In response to his removal as creative director, which was acrimonious after the designer was forced to defend his work amid poor-quality claims, the Lanvin staff revolted. Elbaz was replaced the next year by Bouchra Jarrar, who lasted only 16 months before also coming into conflict with management. Her successor, Olivier Lapidus, lasted half as long, and the women’s collections have been designed by an in-house team since March. Lucas Ossendrijver, who headed up the menswear division for 14 years, departed the house in November.

Upon Lapidus’s sudden exit, Joann Cheng, president of Fosun Fashion Group, which purchased Lanvin in February, said: “Lanvin is a truly iconic and storied brand with immense potential. By being a part of the Fosun Fashion Group, Lanvin’s future growth can leverage resources from the expansive global platform of Fosun’s established companies and experts.”

Lanvin was the first major fashion acquisition for Fosun, which is a relatively unknown conglomerate fighting for a slice of the luxury pie, and also owns Wolford and Caruso. Whether the relationship will be beneficial for both parties remains to be seen, but the pressure is certainly on for the Studio Berçot-educated Sialelli to transport Lanvin out of its fated past and into a promising future, where a growing number of fashion houses are led by a new, younger guard of designers.

Posted by FASHIONmode News at 2:36 PM