Victoria Beckham Will Not Return To NYFW For AW19

The Council of Fashion Designers of America has released a preliminary schedule for New York Fashion Week autumn/winter 2019. Notable absentees include Rodarte, which is moving to Los Angeles, Escada, Pyer Moss, which recently won the CFDA/Vogue Fashion Fund Award, and Victoria Beckham.

Beckham swapped her slot on the New York show schedule for London Fashion Week last season as part of her brand's 10th anniversary celebrations. She marked a decade in the business by screening the show and a mash-up of her label highlights around Piccadilly Circus, creating an anniversary product edit, holding customer events in her Dover Street store, and staging a party in collaboration with Vogue. The London reception was so positive that Beckham has decided to take up the 10am slot on Sunday, which will fall on February 17 next time around, again. 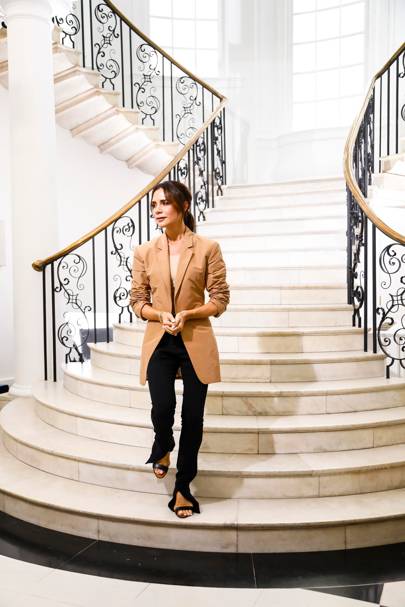 Returning to the NYFW schedule is Longchamp, which staged its first New York show in September in tandem with its 70th anniversary celebrations. Palm Angels, the Milan-based streetwear brand much hyped on Instagram, also stands out as a newcomer on the calendar.

The autumn/winter 2019 shows will also mark the first time the men’s and women’s shows run consecutively after one another. Bridging the gap is Tom Ford, who will present a co-ed collection on February 6 – the last of the three-day men’s-specific schedule – at 8pm. The men's presentations, which normally don't receive the same air time as the women's, will undoubtedly benefit from the union.

Posted by FASHIONmode News at 12:13 PM