So Long Skinny Jeans: H&M To Close Down Cheap Monday

H&M is shutting down Cheap Monday due to poor sales. The closure, which affects around 80 employees, will be complete by the end of June 2019.

“Cheap Monday has a traditional wholesale business model, which is a model that has faced major challenges due to the shift in the industry,” H&M said in a statement. “There has been a negative trend in the Cheap Monday’s sales and profits for a long time.”

H&M bought Fabric Scandinavian AB, which owned Cheap Monday, Weekday and Monki, in 2008 as its first acquisition as a parent company. The brands that the H&M group has since launched, including Cos, & Other Stories and Arket, have adapted to the retail shift online and continued to perform well. 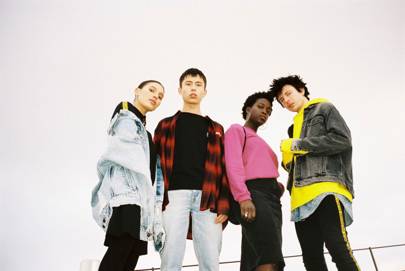 “We need to constantly develop our business and what we choose to invest in,” added Anna Attemark, head of new business at the H&M group. “We see very good opportunities and great potential for all of the other brands within the business, which all are developing positively both digitally as well as through physical stores.”

For many, Cheap Monday was their first purveyor of skinny jeans. Such fans may have suspected that all was not plain sailing at the affordably-priced denim retailer after news broke in October that its Carnaby Street store – its only UK presence – was to close. It will now pull down its shutters at number 39 permanently on December 31st.

Posted by FASHIONmode News at 9:16 AM