A prominent face of fashion since the '60s, Twiggy will be presented with a damehood for services to fashion, the arts and charity. Speaking of her new title, the model, 69, said: "I'm a very proud Brit, I feel I'm an ambassador for Britain, I always have... My only sadness with this is my mum and dad aren't here to know. They'd have been so proud," reports The BBC.

Thandie Newton, 28 years since she made her film debut alongside Nicole Kidman in Flirting, is awarded an OBE for services to film and charity. Artist and winner of the Turner Prize Gillian Wearing, who this year was charged with the creation of the very first statue of a woman to be placed in Parliament Square, is named CBE for services to art. 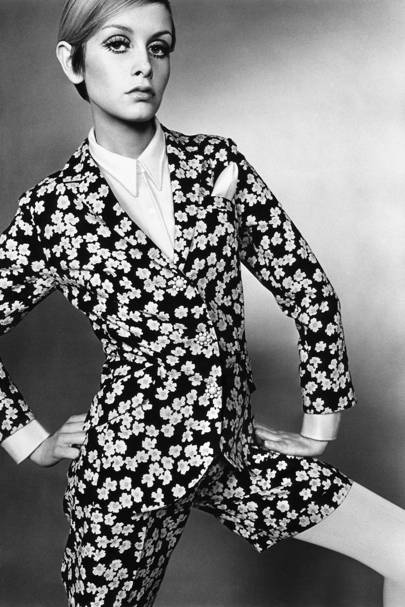 Also recognised is Hotel Rwanda and Anthony and Cleopatra actress Sophie Okonedo for her contribution to drama. Okonedo sees her OBE from 2010 upgraded. Canadian novelist Margaret Atwood is alone in the list in receiving the highest honour Her Majesty can bestow: the Order of the Companions of Honour for services to literature.

While 544 women are being honoured in the biannual list, the figure makes up just 47 per cent of the overall recognised, which is the lowest percentile in five years. Other notable faces this year include Pink Floyd drummer Nick Mason and Dunkirk director Christopher Nolan who both receive CBEs. 90-year-old model Daphne Self receives a BEM for services to women and fashion, while Helen Pankhurst is made CBE for services to gender equality.

Posted by FASHIONmode News at 9:44 AM