After Hedi Slimane premiered Celine menswear via a co-ed catwalk show on September 28th, the brand has announced that it will join the Paris menswear calendar in January 2019.

Celine is currently negotiating a show date with the Fédération de la Haute Couture et de la Mode, and it is not yet known whether the brand will present solely menswear, or whether Slimane will pepper the offering with womenswear as per his debut.

The move is indicative of the fact that Celine’s parent company LVMH has got its sights set on the burgeoning menswear market. When Slimane took the helm in February 2018, it was made clear that the new category will be a key sales driver, along with leather goods, accessories and fragrances. “The objective with him is to reach at least two billion to three billion euros, and perhaps more, within five years,” LVMH chairman and CEO Bernard Arnault said of Slimane's appointment. “Everything is in place for this brand to achieve quite exceptional growth.” 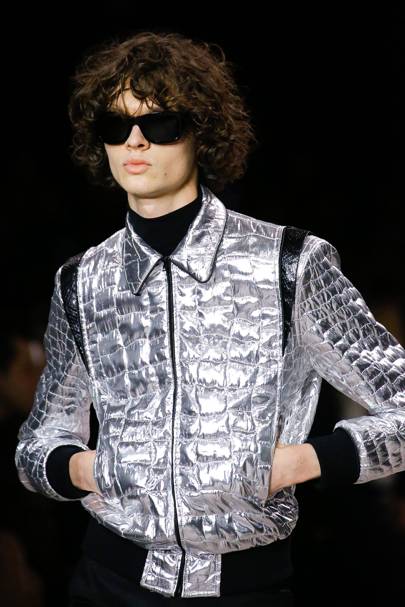 In the last year, LVMH has appointed new head designers at Berluti, as well as the menswear divisions of Louis Vuitton and Dior. And, just weeks ago, Givenchy, another brand within the French conglomerate’s stable, announced that it will rejoin the menswear calendar for the autumn/winter 2019 season.

As a growing number of brands, including Maison Margiela, Stella McCartney, Balenciaga, Haider Ackermann and Sonia Rykiel, merge their menswear and womenswear for the sake of presentations, LVMH is making great strides to make a splash on both schedules and to take a hold of both markets.