Frequent trips to and from from his factories in Venice and Florence have ensured peace of mind, because, he explained, unlike ready-to-wear, “you can’t stitch and make amends the night before. The shoes come as they are, which is why we spent a lot of time developing the prototypes.” Instead, the Central Saint Martins and LCF alumnus has been harnessing his creative energy into staging a show concept to rival anything else on the schedule.

“To do a show for shoes forces you to think outside of the box,” Kirkwood noted. “Shoes are small and at the wrong end of the body from where people naturally look, so the classic up and down runways don’t work. But, at the same time, I wanted to put on a show and a moment for the brand.” 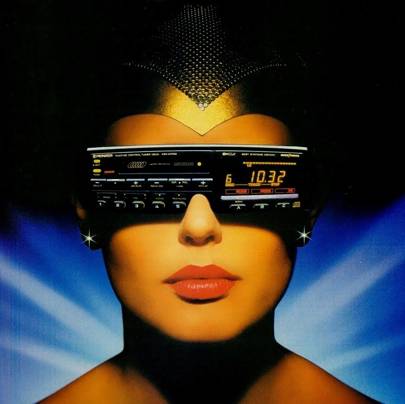 Luckily, the core inspiration behind the spring/summer 2019 collection – “hacking and activism” – segued neatly into a presentation format for Kirkwood. “I’ve built a dystopian world where there’s a strict regime and the powers are cracking down on creativity and self-expression. The models are the resistance to that, and their symbol of defiance is how they look – particularly their shoes.”

There will be no traditional seating plan, because Kirkwood’s vision aligns itself with an immersive theatre and cinema experience. “From the moment the audience walks into the space each guest will be in the story,” he expanded. “It really plays out like a narrative, and the show is just one element of that narrative.” Kirkwood even promises that it will trump the Instagram potential of regular shows. “There will be no blurry sideways pictures of a model. Every element of the set is photogenic.” 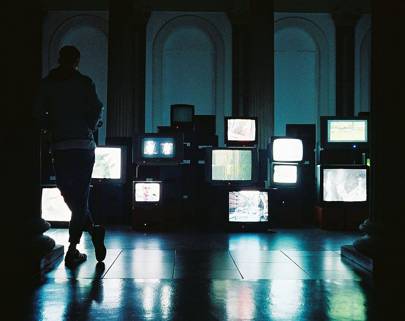 With an eclectic mix of distorted technology from circuit boards and screen static, to a catalogue of dark cultural references on his moodboard, Kirkwood admits, "It’s a bit of an experiment. I don’t know how it’s going to end up, but in my head it looks really amazing.” Whatever London Fashion Week show-goers or Instagram viewers read into his preoccupations about what the future might hold, they will be available to buy the brand's fantastical designs straight after the show online and from the Mount Street store.

“It’s certainly not something I want to do every season,” Kirkwood mused. “It’s not like a show for shoes hasn’t been done before, but it hasn’t necessarily been done in this kind of format.” As the anticipation mounts, here are five things to know about Nicholas Kirkwood’s spring/summer 2019 show, illustrated with exclusive pictures straight from his studio walls.

After doing seasonal static presentations in Paris, for this spring/summer 2019 show, Kirkwood felt it was time for him to bring his brand home. “It’s an opportunity for me to tell the narrative about our woman, while having some fun,” he shared. “And I want to showcase what I was originally known for – making shoes that stand out because they are irreverent, and that are maybe not always what the buyers buy.” 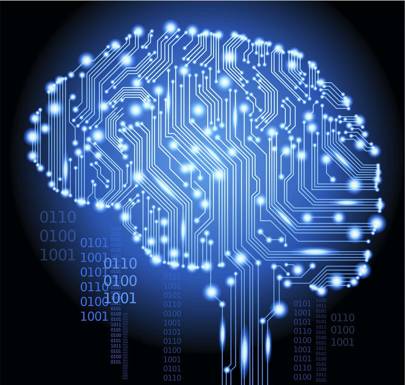 The spring/summer 2019 world is part 1984, part Blade Runner and a pinch of Black Mirror, as Kirkwood tried to imagine what a hacker in a dystopian world might do. “As terrible as it is, I love CNN [the news channel] and all the movies where technology goes wrong and society changes in a heartbeat,” he admitted. “I think they allow my imagination to go somewhere else, and to create a context that doesn’t have to be real, so I can say the sort of statements that I want to say. Some people might think this is a political statement, but it’s not at all.”

“Even though I’m creating a dystopian fantasy, some of the characters are played by real activists and actors, as well as models,” he said of the intentionally diverse casting. “The message behind the show is [about] being an independent spirit and resisting banality and conformity – done in a slightly satirical way.” Kirkwood recruited his rebels by looking for people who “stand up and say something and don’t just following the crowd” on various platforms. “I haven’t really got much to compare it to, which is why I’m both really terrified and really excited by it.” 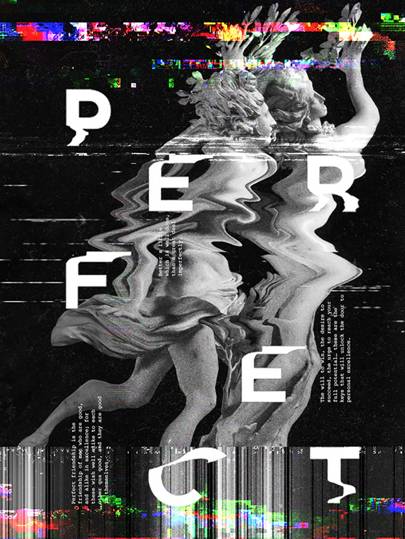 Kirkwood wants his audience to think, “Wow”, and so, most of the shoes created for the show are totally unique and will not go into production. “I want [the presentation] to show creativity, and that I’m not just putting on a show purely for presenting commercial pieces,” he noted. Many of the techniques and materials Kirkwood developed for this season’s footwear will cross over into the following seasons as a “bridge”. As Kirkwood said, “It’s actually quite nice that there’s a narrative that will evolve, instead of fashion being separated into seasons.” 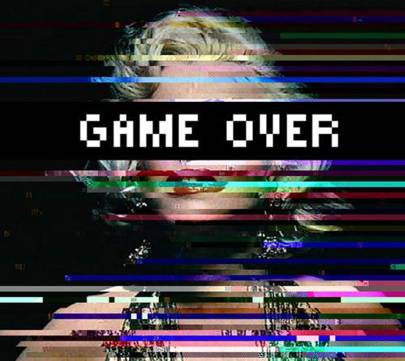 Many of the techniques used are “definitely not standard”, Kirkwood laughed. Thus, many prototypes were created in order to realise the creator’s sketches. “A couple have been really tricky and have required two weeks of stitching, but it won’t necessarily seem like that,” he elaborated of the hidden details. “I love working this way, because there’s not the same restraints you have when meeting a minimum production. From a creative point of view, it’s super exciting.”
Posted by FASHIONmode News at 4:57 PM