First Rihanna, Now Jay-Z: What Will The Rapper Bring To Puma?

On June 18, it was announced that Jay-Z will take up a creative director position for Puma and its revived basketball category. Not only will the rapper oversee the design direction of trainers and clothing, but he will also help Puma choose basketball players as brand ambassadors.

Unlike a number of his peers, Jay-Z has never been quick to call himself a fashion designer. Yes, he has his streetwear label Rocawear, which he started back in 1999, but he hasn’t been very involved in it creatively for several years. And sure, he’s tapped a handful of labels, like Dries Van Noten and Gucci, for his on stage appearances and new video, "Apeshit”, but he's not as affiliated with fashion as Kanye West et al. 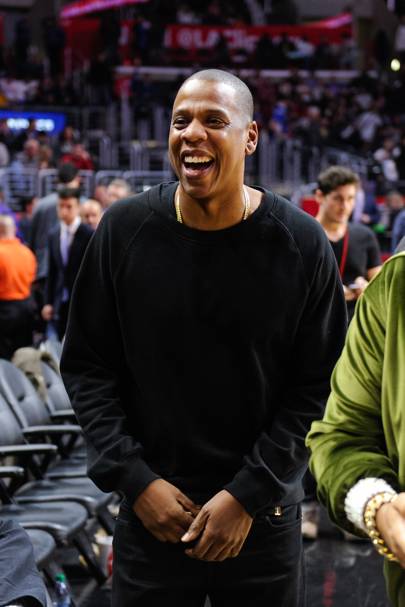 Interest in trainer culture is at an all-time high thanks to labels Yeezy and Off-White's Virgil Abloh, who makes his debut at Louis Vuitton on Thursday. Jay-Z’s entrance into this space is also aptly timed. It’s not hard to imagine his purview extending beyond basketball before long, too. Rihanna’s ready-to-wear trajectory with Puma (she started out with only trainers, as well) could mean that we might soon see more from Jay-Z. An extended trainer offering, perhaps, or even a women’s line? Maybe a capsule with Ivy Park? Whatever comes of this, we’re ready to want it all.

Posted by FASHIONmode News at 4:46 PM