Candice Swanepoel has announced that she is expecting her second child with fiancé Hermann Nicoli.

The Victoria’s Secret Angel took to Instagram to share the news with her near 12 million followers, posting a picture of her cradling her bump alongside the simple message, “Christmas came early”. Congratulations from fellow Angels, including Lily Aldridge and Romee Strijd, poured in amidst messages from her fans.

The model couple welcomed their first child, a son called Anacã, which is a Brazilian word for a type of bird, in October 2016. In May 2017, she gave Vogue an insight into life as a parent. 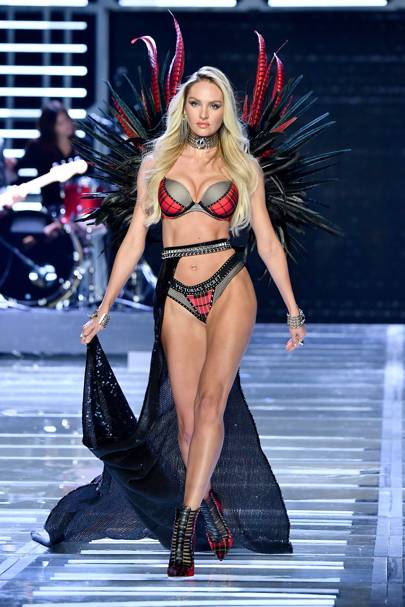 “Becoming a mother makes the world feel so much better. Nothing can get me down. I just look at [Anacã] and see him seeing the world for the first time, and it’s just such a pleasure to see it through his eyes," the 29-year-old said. "I’m loving being a mum and this new stage in my life. It’s always been about me, and my career, and it’s so nice to have this shift and put all my love and energy into something else.”

The news follows fellow Brazilian Angel Behati Prinsloo’s announcement that she is also expecting her second child. The close friends both documented their first pregnancies on Instagram, but unlike Swanepoel, who walked in the 2017 Victoria’s Secret Fashion Show, Prinsloo took her second year's hiatus from the catwalk to focus on her family.

Posted by FASHIONmode News at 11:40 AM