Are You Ready For The Hadids’ Reality TV Show?

Fans of America’s Next Top Model, Project Runway and The Rachel Zoe Project, take note! A new model TV show is about to air and Yolanda Hadid – the industry’s most famous momager, second only to Kris Jenner – is behind it.

The eight-episode series, Making A Model With Yolanda Hadid, will show the mother-of-three teaching six pairs of aspiring teen models and their mothers the secrets of working together to create a successful brand. $5,000 is at stake every week as families take part in fashion shoots, catwalk shows and workout regimes as part of Hadid’s strict brand training camp. The end prize is a management contract with Hadid and the opportunity to be represented by IMG Models. 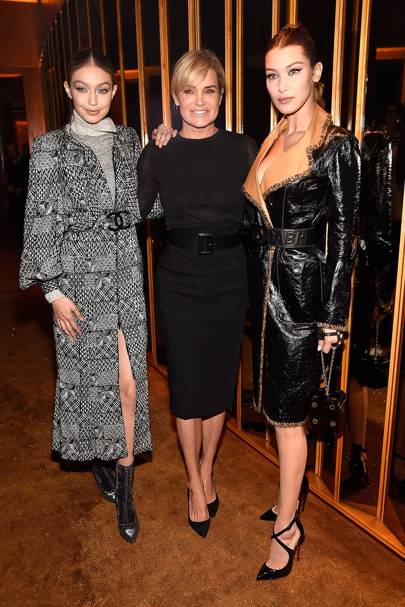 "With enough social media followers, today's it girl can become tomorrow's supermodel," Hadid says in the trailer for the show, shared by Entertainment Weekly. The Dutch-American television personality and former model, who has helped forge the successful careers of Gigi and Bella, calls upon her daughters to share their words of wisdom with the young hopefuls in the series.