SOME things you need to know about Helmut Lang: this man exerted total control over fashion in the Nineties. He was one of the first designers to embrace the internet, broadcasting his new show online in 1998. He was responsible for New York Fashion Week moving from the end of the month-long fashion show schedule to the beginning. He was obsessively attentive to detail. He ushered in a decade of minimalism. A generation of fashion editors grew up aspiring to own a black Helmut Lang suit and gold-tipped shoes. Then, in 2005, he quit.

Helmut Lang the man now lives as an artist in East Hampton. Helmut Lang the brand, however, is about to get a serious reboot. At its helm is Dazed and Confused’s editor-in-chief Isabella Burley, operating under the title “editor-in-residence”. Burley, the chief executive Andrew Rosen outlined in March, will oversee all creative aspects of the brand, and will sign up individual designers to work on solo collections, beginning with Shayne Oliver of Hood By Air. 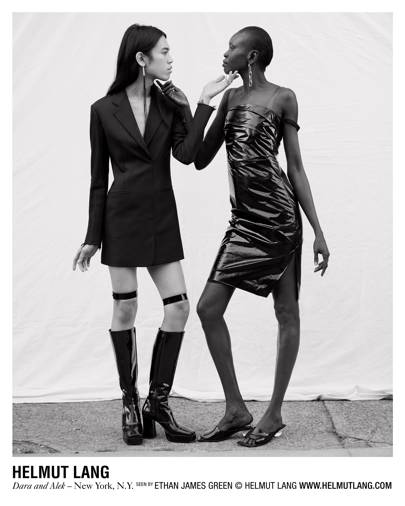 Sounds like a strange set-up? Burley spoke exclusively to Vogue on Wednesday as phase one of the Helmut Lang relaunch got underway. Here are five things to note: 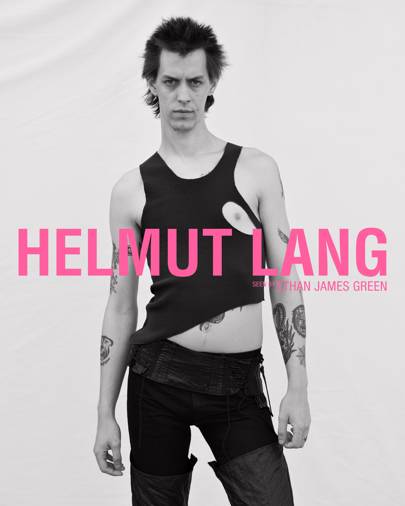 The original Helmut Lang logo is making a comeback

“The typographic language around the entire brand was crucial to the approach. One of the first things I wanted to do was bring back the logo, given that we’re trying to ignite the spirit of the past. I want Helmut Lang to be an authority on Helmut Lang.”

“There are a lot of people who really want to fall back in love with Helmut Lang. The intention is to celebrate those great archival pieces, reignite the conversation, and introduce Helmut Lang to a new generation of kids so that they can respond to the legacy in their own way. The in-house design team and the creative team that I lead were in constant dialogue about the items to be re-released. We really wanted it to be gender-fluid, unisex pieces. ‘Volume 1’, comprising 15 pieces to be released in September, is a base, and then we will have additional volumes updated every four months as an evolving investigation into the archive. We want to keep it surprising.”

“The idea of appointing different designers to work on projects was borne of the notion of how Helmut as a legacy has influenced a new generation of designers. Shayne is the first of an on-going series, with a show in September, a first drop in November and then the runway drop in January. We’re keeping it fluid in terms of the timelines – there won’t be a new designer every season necessarily. Each collaborator will work in a very different way so it’s about allowing them that space.”

“Ethan has a group around him that he’s curated in a beautiful way. There’s a real mix of cultural thinkers and writers, then also cult Helmut muses like Alek Wek. I liked the idea of pairing her with someone like the model Dara who is much younger, and then putting them alongside Traci Lords. A lot of people won’t remember that Traci was on the cover of Details Magazine in May 1995 wearing custom pieces made for her by Helmut. I loved the idea of Traci being an unexpected Helmut Lang muse and inviting her back into the brand.”

A unifying Lang aesthetic will shine through

“I really see [the rotation of designers] as a strength. The brand has such strong roots, there’s a very clear aesthetic, there’s a lot for people to respond to. It goes back to my role here at Dazed: you put a magazine together every month with different cover stars and treatments through out the year, but it still looks like Dazed. That’s part of the excitement.”

Posted by FASHIONmode News at 7:30 PM