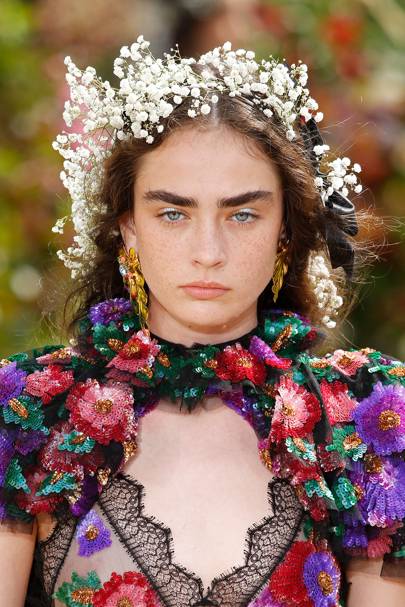 The Flower Crown 2.0 at Rodarte

Once the domain of festival fields, the humble flower crown received a couture makeover at Rodarte. Hair stylist Oldie Gilbert called upon LA-based florist Joseph Free to aid his woodland nymph beauty look. The pair fixed garlands of Gypsophila into the models’ hair with gold bows and silk ribbons. 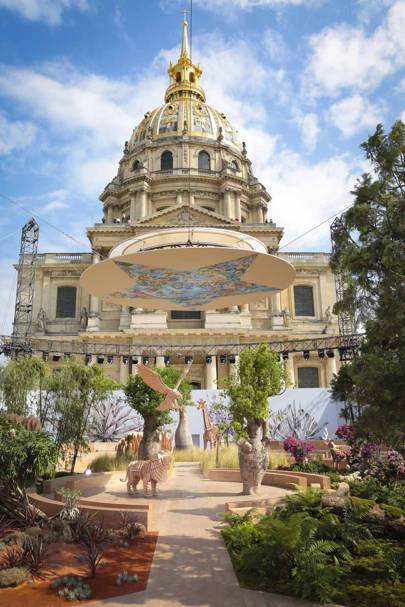 Guests at Dior took their front row seats next to giraffes, monkeys, tigers and elephants, as Maria Grazia Chiuri co-ordinated her very own wilderness. As well as the wooden animal sculptures, Italian artist Pietro Ruffo built a star-shaped amphitheater for models to walk around. Globetrotting genius. 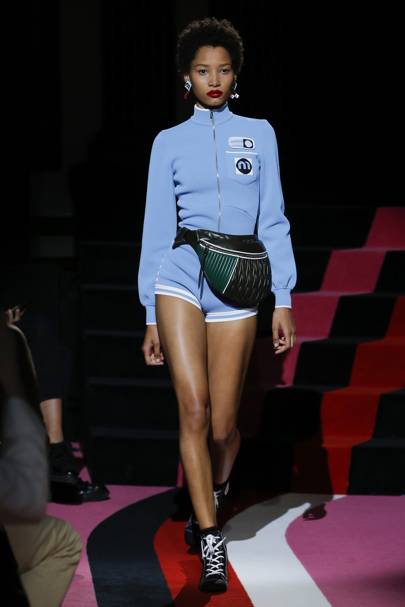 Expect two-tone bum-bags to be sitting on editors' waists come Septembers shows, as well as the other standout pieces from the brand's Resort 2018 collection. 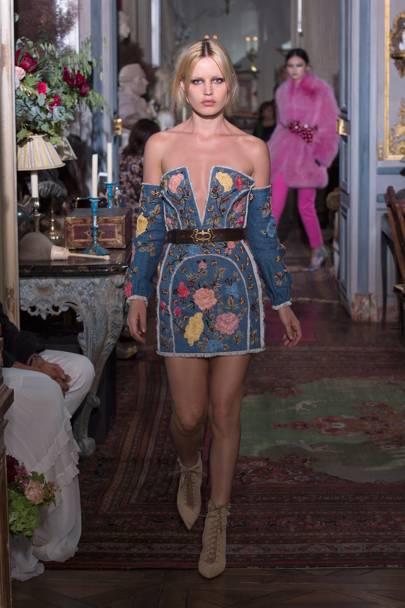 “18th Century meets the Seventies” was the mood of Peter Dundas’s Resort 2018 collection, Dundas. Natasha Poly, Lily Donaldson and Georgia May Jagger completed a stellar line-up of models wearing his debut line, which will be available from Moda Operandi from July 7th. 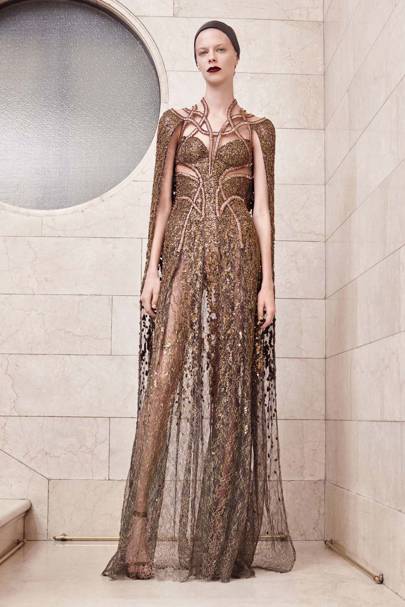 Gone are the days when the Atelier Versace show was staged with a hub of celebrities on and off the runway. The highlights of the private presentation were a gilded jumpsuit that looked as if armour had been poured on to the body, and a dress complete with a 3D-printed necklace of snakes. 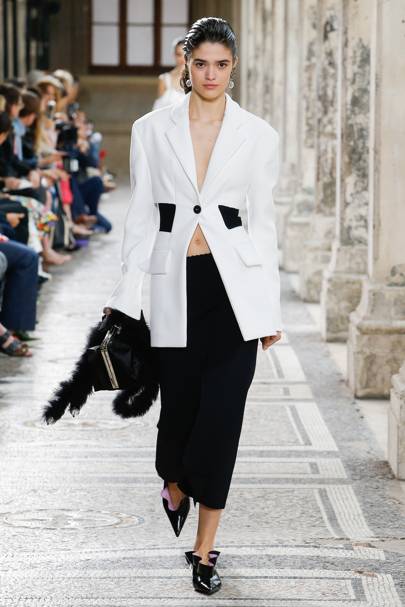 Proenza Schouler debuted in the French capital – and nothing was lost in translation. Paris craft informed Jack McCollough and Lazaro Hernandez, as the design duo solicited the skills of French specialist ateliers to embolden the spring/summer 2018 collection. 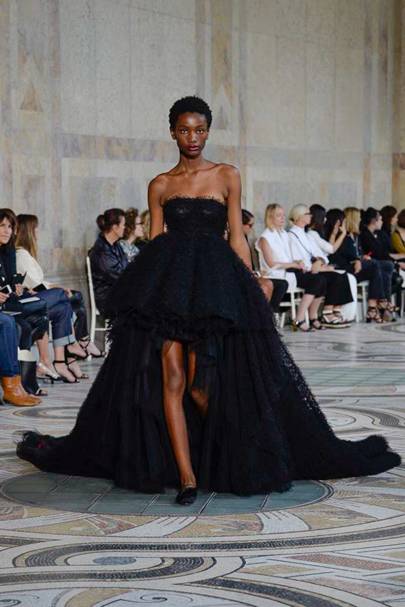 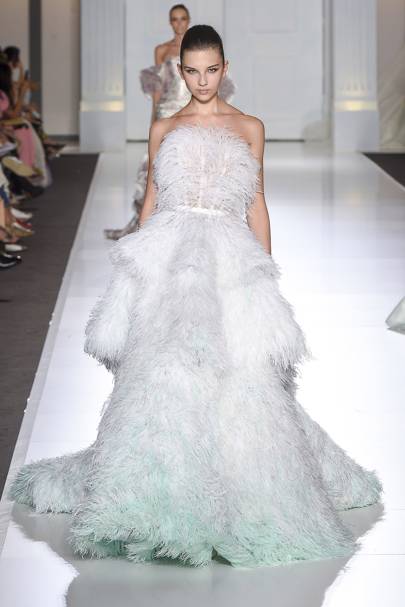 Are Feathers The New "It" Embellishment? 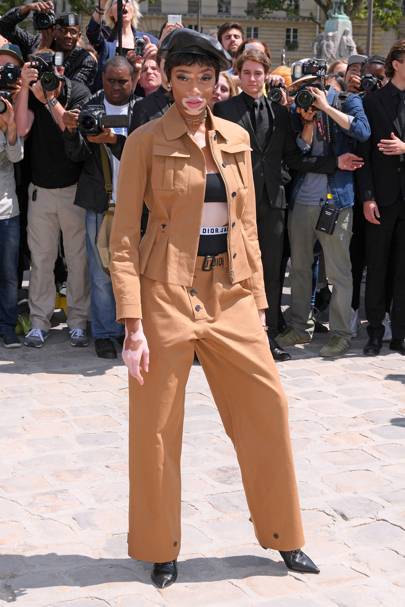 The Beret Makes A Comeback

Winnie Harlow, Clémence Poésy and Lou Lesage have been taking style cues from Maria Grazia Chiuri, who hailed the comeback of the beret in Dior's autumn/winter 2017 collection. 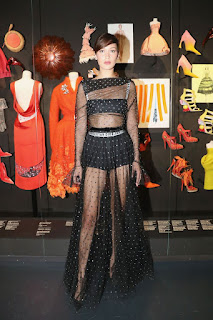 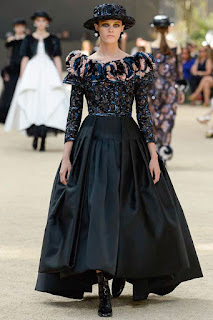 In place of last season's gigantic rocket sat a statue of the Eiffel Tower, as Karl Lagerfeld paid homage to Paris' parks. Models strode through the vast Grand Palais greenhouse in bold, experimental silhouettes, as well as the tweed, pearl-flecked pieces that are the brand's signatures.

Posted by FASHIONmode News at 1:13 PM