As Alexa Chung becomes the latest It Girl to launch her own collection, three other models-turned-designers share their advice on making the difficult jump from tastemaker to entrepreneur.

There is a long-held line of thinking in the fashion industry: if, after a runway show, the models try to take the samples home with them, the collection is sure to be a hit. If they aren’t interested? Not so much. “Models have always been a good barometer of fashion,” says luxury consultant Robert Burke.

Indeed, it stands to reason that the famous faces who spend their days lingering in ateliers and serving as real-life clotheshorses would pick up a thing or two about garment making along the way. But here is the question for today’s It Girls: does that experience, coupled with a recognisable name, help a model become a successful fashion designer?

Alexa Chung is the latest to try her hand, with a highly anticipated clothing line launching this week, earning considerable buzz; suggesting an outsize interest in her creations.

For that buzz to translate into a successful fashion label, a model must make the difficult jump from tastemaker to entrepreneur. There is a reason we have seen a rise in the number of collaborations between models and designers, like Gigi Hadid and Tommy Hilfiger. Those partnerships offer the model a chance to use her expertise, and her social media prowess, while benefitting from the team already in place at an established design house", Burke says. “Models tend to have not had any formal training,” he adds. “Starting a clothing line from scratch is a very different - and very expensive - venture.”

“Having a recognisable name helps get your foot in the door, but to go the distance the products have to really work,” says Elizabeth Hurley, who launched Elizabeth Hurley Beach in 2005. The model-actress-designer, and longtime spokesmodel for Estée Lauder, uses her various platforms to promote her line. “I get to talk about my beachwear when promoting movies, TV shows and cosmetics and vice versa,” she says. 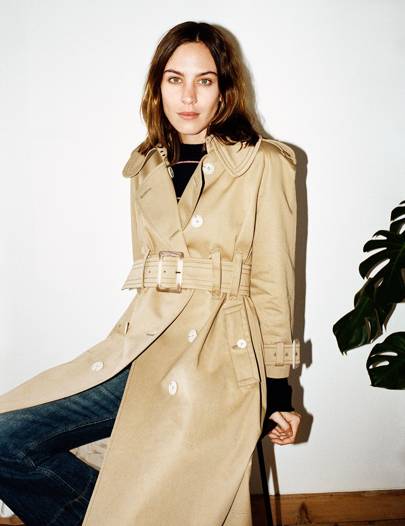 Liya Kebede, a mainstay on magazine covers and catwalks around the globe, says her modelling experience gave her “insider knowledge” and “opened doors” when she started Lemlem, a collection of woven and embroidered clothing for women and children inspired by her native Ethiopia. “It was still a challenge and a huge learning experience,” says Kebede. “Having that background as a starting point, though, and understanding the ins and outs of the industry, was definitely useful.”

Celebrities infiltrated fashion’s ranks long ago, successfully parlaying their notoriety into blockbuster businesses (see: Jessica Simpson). “A celebrity’s name on a label effectively fast-tracks a new fashion brand - shaving off as much as 10 years to develop widespread recognition,” writes Teri Agins in her 2014 book, Hijacking the Runway: How Celebrities are Stealing the Spotlight from Fashion Designers. Victoria Beckham and The Row’s Mary-Kate and Ashley Olsen have even won over skeptics on the designer level.

Anine Bing, who started her Los Angeles-based namesake line in 2012, says her time in the industry was more of a hinderance than a help. “I had to work extra hard to prove myself in the business with colleagues, other designers, even friends of mine,” says the Danish-born, Swedish-raised Bing. Despite her loyal following, she says, “it took awhile for people to not just see me as a model, but as a designer as well, and as someone who was running a legitimate business.”

Bing recognised a need for street-style staples, the kind of seasonless and versatile basics that she herself relied on, like distressed denim and leather jackets. So she pressed on, turning to social media to spread the word. “I put a lot of time into growing our Instagram,” she says, “and getting followers excited about new products.”

It also helps to have influential friends. The “Ambassadors” page on Bing’s website is a chic compilation of other models wearing Anine Bing: Kendall Jenner in a lace bra, Cara Delevingne in a “Bing” tee and Gigi Hadid in black booties. Alessandra Ambrosio makes multiple appearances in Bing’s jackets, including a black cropped suede style and an olive green army jacket.

“I tried not to focus on the challenges so much and instead tried to see it as an opportunity, since I had pretty unique insight into this world,” says Bing. “I now have such a stronger understanding into how this business works.”
Posted by FASHIONmode News at 6:06 PM