The LVMH Prize: Why It Matters

Ahead of the announcement of this year's winners , Vogue looks at how the LVMH Prize became one of the most important contests in fashion.

When the inevitable Karl Lagerfeld biopic is made, its narrative will peak first in 1954 — the year his extraordinary life in fashion really began. Lagerfeld, then only 21, was awarded a prize by the International Wool Secretariat for his extraordinary coat designs. The same year, a teenager by the name of Yves Saint Laurent took home the dresses category. Lagerfeld was hired as an assistant to Pierre Balmain — who sat on the prize’s jury — while Saint Laurent found work at the House of Dior. The rest is history.

Today, that competition is known as the Woolmark Prize, and it remains an important launchpad for young designers. A host of similar contests have emerged alongside it, from the ANDAM Fashion Award in Paris to the CFDA/Vogue Fashion Fund in New York City. In 2014, these were joined by the LVMH Prize, a competition sponsored by its namesake luxury conglomerate. The Prize — open to anyone under the age of 40 who has produced at least two collections — offers €300,000 to the winner plus a year of mentorship from LVMH and its network. It also offers a runner-up Special Prize that includes €150,000 and similar mentorship opportunities. Thanks to the prominence of its sponsor company and the eminence of its jurors, which include Louis Vuitton’s Nicolas Ghesquière and Lagerfeld himself, the Prize has quickly established itself as one of the – if not the – most prestigious contests for young designers working in fashion around the world today. This year, more than 3,000 designers representing 102 nationalities applied. 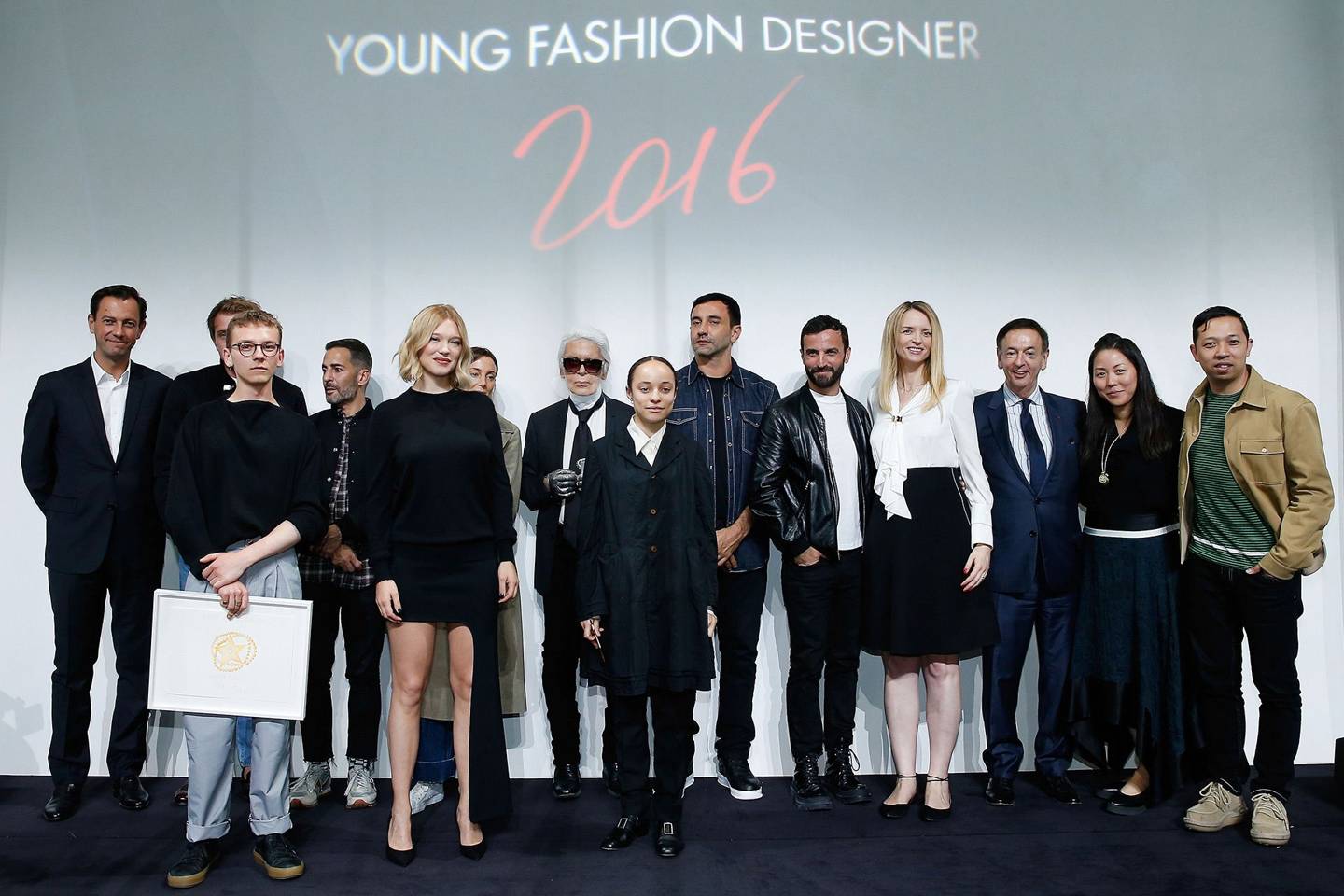 “Our brand actually started after winning the Special Prize,” says Tina Sutradhar, one half of the duo behind Mumbai-based womenswear label Miuniku. Tina and her sister Nikita were awarded a Special Prize in 2014, and it had an immediate impact on their fledgling brand. The influx of cash allowed them to rent studio space, produce more clothing, and stage presentations, but the sisters view the mentoring they received as equally important. “Everything was so new, and we had so many questions about how we should go about things and what our next steps should be.” The Sutradhars credit Sophie Brocart, chief executive of LVMH brand Nicholas Kirkwood, for her guidance, even beyond the one-year threshold promised by LVMH. “She still comes to meet us and see our collections every season,” says Tina. “We are still learning and have a long way to go, but we couldn't have asked for a better beginning.”

The exposure that LVMH Prize nominees enjoy can be impactful, as well. Tina notes that even semi-finalists for the Prize are given an opportunity to introduce the jury to their work and enjoy the resulting media coverage. Greg Rosborough, one half of the New York-based menswear brand Abasi Rosborough, agrees. The label was shortlisted for this year’s Prize, and though it didn’t advance to the final round, Rosborough still views the experience as invaluable. “To be nominated was a strong point of validation for our work, process and story,” Rosborough says. “We had deep design discussions with Linda Loppa, Cathy Horyn, Tim Blanks and Nicolas Ghesquière, who intellectualised our work and gave us great insights, comparisons and thoughts.” It had concrete benefits, too — since its nomination the brand has noticed an uptick in press and growth in its e-commerce business. “With other competitions, once it’s over, there isn't much more that can happen,” Rosborough continues. “But with LVMH and all of the labels under their umbrella, the networking and opportunities are astounding. It is an incredible support framework to bring new designers into a global light. It’s also the most brilliant way imaginable for a company like LVMH to meet all the best emerging design talent in the world each year.” 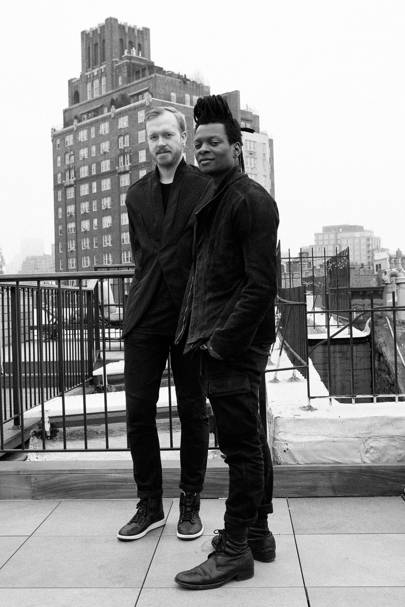 Recognition from the LVMH Prize is no golden ticket to a stable business, though. Even winning the Prize does not guarantee it — Thomas Tait and Hood By Air, both winners in 2014, are no longer producing collections. “It’s not a long-term platform,” explains Ana Andjelic a luxury brand strategist. “It emulates the accelerator programs found in the tech industry, but the mentors are from the traditional fashion industry.” At the end of the day, though, the responsibility rests on the designers themselves. Steven Kolb, chief executive of the CFDA, puts it succinctly: “Their business decisions are their own, regardless of advice and support they are getting.”
This year, more than 3,000 designers representing 102 nationalities applied

When the winners of the 2017 edition of the LVMH Prize are announced on June 16, another pair of young designers will be granted an incredible opportunity, bestowed partly by Lagerfeld more than 60 years after he met his mentor in Balmain. There may never be another designer like Karl, but someone will have to take the reins at Chanel one day — and perhaps through the LVMH Prize he’s already met his successor.
Posted by FASHIONmode News at 4:55 PM