The Details You May Have Missed From The Chanel Show

Still think “Paris is no longer Paris”, President Trump? Meet Launchpad No5, the intergalactic-themed set for Chanel’s latest mission: autumn/winter 2017. On the day that Trump signed an executive order blocking citizens of six predominantly Muslim countries from entering the United States, the visual potency of Chanel’s glittering paean to interstellar travel was hard to ignore. Ground Control to Major Donald: when it comes to demonstrations of Parisian savoir-faire, Chanel will not be beaten. Here are nine instant take-aways from Chanel’s autumn/winter 2017 show. 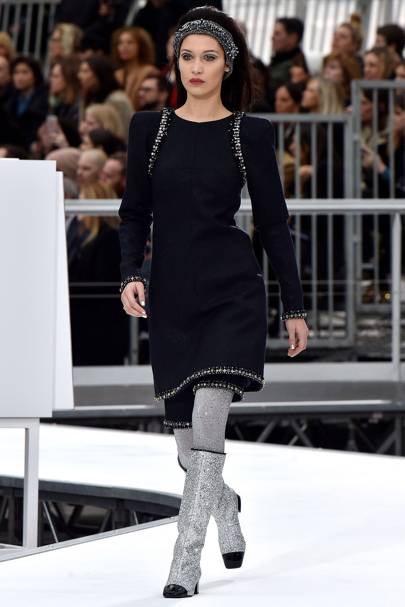 Sparkly celestial knee-high boots are the only way to dress your legs next winter. Saint Laurent sent them out in slouchy iterations last week; Chanel’s intergalactic version were more ladylike, sporting the customary double-C toe cap. 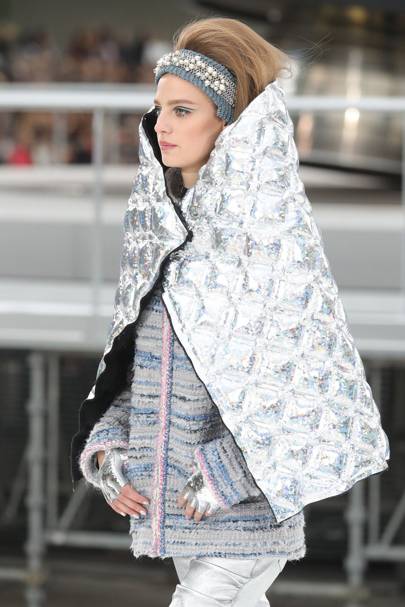 Space blankets have been cleared for re-entry and will replace your winter scarf. 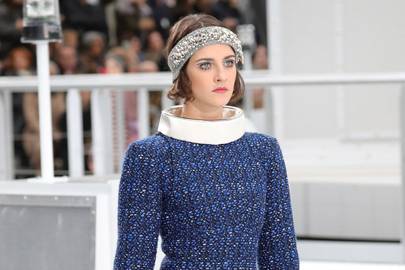 Meet your new neckline: the spacesuit collar, slightly raised from the collarbone, Fifties-style, leaving room to sport asteroid-sized pearls underneath, should you so desire. 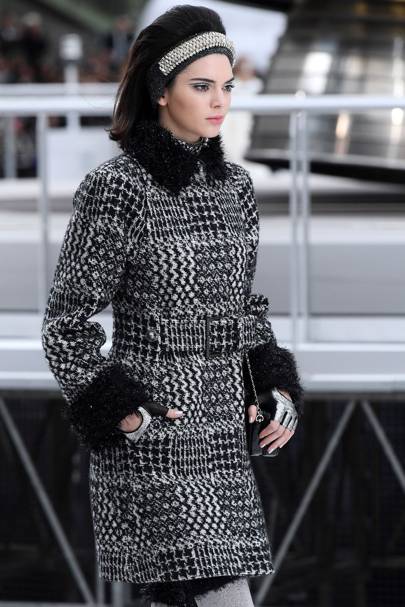 You don’t think there’s an occasion for tweed in space? You thought wrong. In the solar system of fabrics it’s as vital as the sun – and next season it’s slimline and gently fluted. 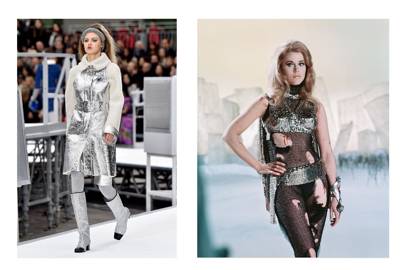 Barbarella is your autumn muse – think Queen of the Galaxy silver leather and don't forget the Jane Fonda Sixties bouffant. 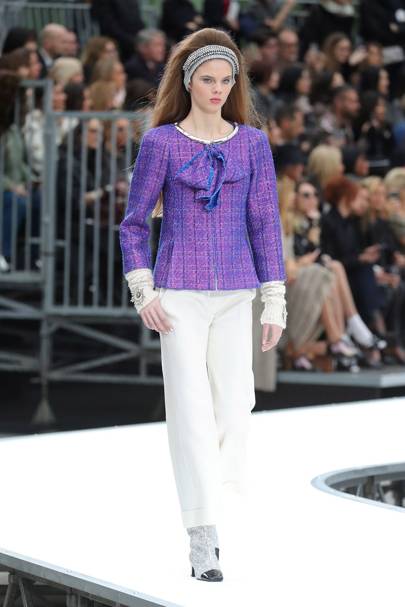 The hue for autumn? The purple that comprised the famous Crab Nebula, a supernova remnant which lies about 6,500 light-years from Earth. 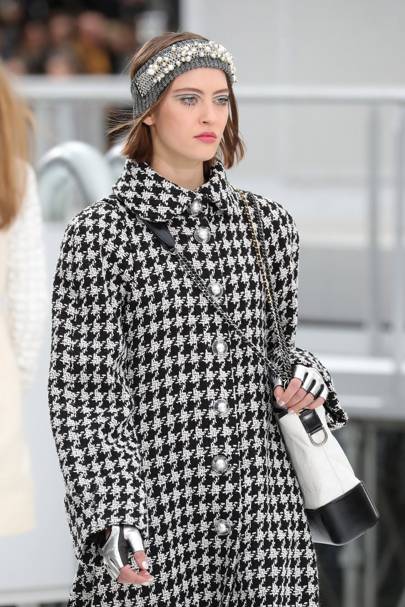 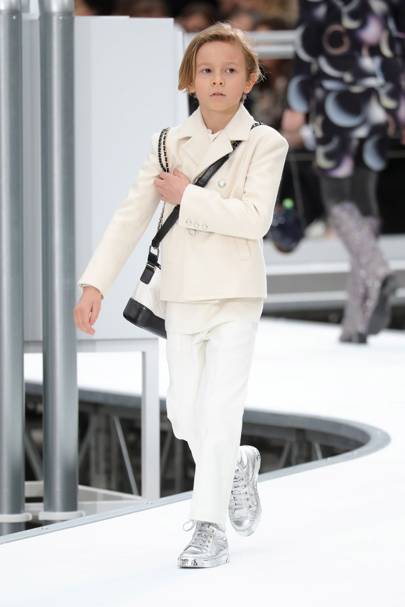 You don’t have to be a rocket scientist to recognise the potential of the luxury childrenswear market. Lagerfeld’s solution for human sputniks was mini-me versions of the double-breasted white suits he sent out for men. 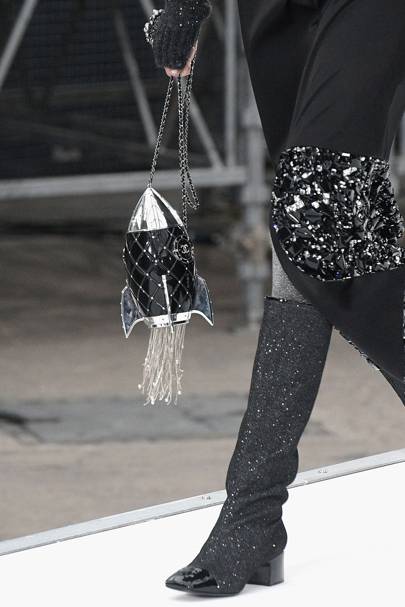 Meet the minaudière that will give your evening look lift-off: the little rocket dangling from a chain.

Posted by FASHIONmode News at 9:49 AM