Khloe's "Anxiety" Over Competing With Kylie

Khloe Kardashian has spoken about the "anxiety" that she feels as she tries to make her denim label, Good American, live up to the successes of little sister Kylie Jenner’s beauty business, Kylie Cosmetics.

“I feel so nervous. Kylie sells hundreds of thousands of units in like, what? Three minutes?” Kardashian told her older sister Kourtney in a clip from a forthcoming episode of Keeping Up With The Kardashians. “I know we’re not necessarily competing against each other, but still, I have always been known as the fat sister and now that I’m over that, I don’t want to be known as the failing sister. I’m nervous that I’m not going to make my investors and my business partner happy.” 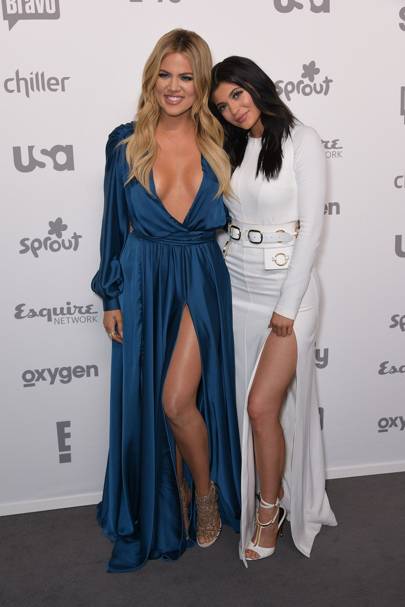 Not much chance of that, it transpires, since the show was filmed before the collection launched and sold out in the first day to the tune of $1 million-worth of denim.Kylie Jenner's Lip Hit

“We’d put a lot of work into the product and the launch but even we were surprised that we could have a launch like we did,” Kardashian told us exclusively last week.

Posted by FASHIONmode News at 12:29 PM