After months of speculation but no word from the house, Chloé has confirmed this morning that it has appointed Natacha Ramsay-Levi to succeed Clare Waight Keller as creative director, effective from April 3. Ramsay-Levi joins the label from Louis Vuitton, where she has worked under Nicolas Ghesquière for years as creative director of womenswear, prior to which she worked with him at Balenciaga.

“I am very proud to join a house founded by a woman to dress women," said Ramsay-Levi today. "I want to create fashion that enhances the personality of the woman who wears it, fashion that creates a character and an attitude, without ever imposing a ‘look’.”

Her first collection for the house will be shown in September during the spring/summer 2018 Paris Fashion Week showcase. "In her new role, Natacha will embody the spirit of Chloé, a maison founded in 1952 by Gaby Aghion whose vision was to give women the freedom to dare to be themselves," read a statement from the house. 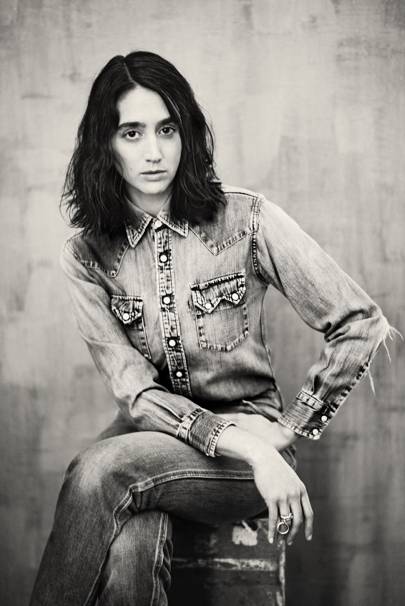 "I am particularly happy to welcome Natacha to Chloé," said the brand's president Geoffroy de la Bourdonnaye. "Her extensive experience at two prestigious fashion houses and her creative energy will further expand the Maison in Gaby’s vision at the intersection of Parisian couture savoir-faire and the youthful attitude of the Chloé girl.”

Waight Keller's final collection for Chloé showed at Paris Fashion Week two weeks ago and the emotional swansong was met by praise.

“After six extraordinary years at Chloé I would like to thank Geoffroy and all my colleagues for their enormous efforts over the past years,” Waight Keller, who took the Chloé reins in May 2011 from Hannah MacGibbon, who had been artistic director since 2008, said when her departure was confirmed last month. “Working for this maison has been one of the most rewarding experiences of my career. Chloé is a brand with values close to my heart and I have truly enjoyed working with some of the best talents in the industry. I feel privileged to have worked for a maison with such a heritage and I am very proud of all that has been achieved.”