"As CEO of Brioni, his mission will be to accelerate the international expansion of one of the most prestigious houses in the high-end menswear market, which follows in the long tradition of Italian tailors," read a statement from the house. 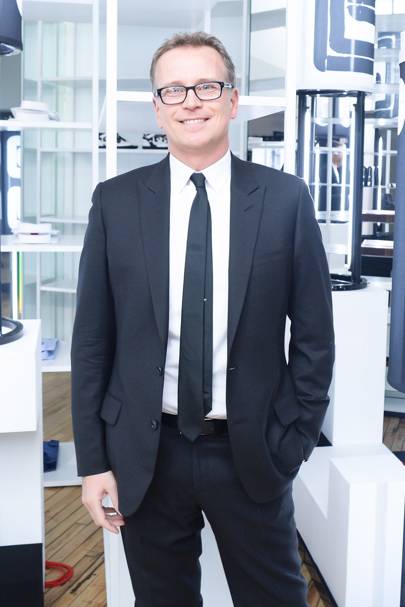 Malverdi has been rising through the fashion ranks since the Nineties when he was appointed director of Staff International, overseeing the global licences of Vivienne Westwood and Maison Martin Margiela. Stints as managing director of Calvin Klein Collection, CEO of Mila Schon Group and CEO of John Galliano followed, and in 2008 he became CEO of Givenchy. In 2011, he was appointed managing director of Dior Homme, and since last year was CEO of Agent Provocateur - which was sold earlier this month.

Kering-owned Brioni will be looking to Malverdi to create stability within the company - especially within the design team following creative director Justin O'Shea's high-profile appointment and subsequent departure from the brand last October after seven months in the role.

Posted by FASHIONmode News at 10:29 AM