Fashion Week: And We're Off

Fashion Week started yesterday, although not as we know it, with Tommy Hilfiger, among others, taking the fashion pack to LA ahead of the first main day of the New York Fashion Week shows (read Vogue fashion features director Sarah Harris's report here). But that isn't the only big change to note from the first leg of shows.

Absent this season are Vera Wang, Rodarte, and Hood By Air, while it will be Proenza Schouler's last show before it relocates its operations to Paris as of July. 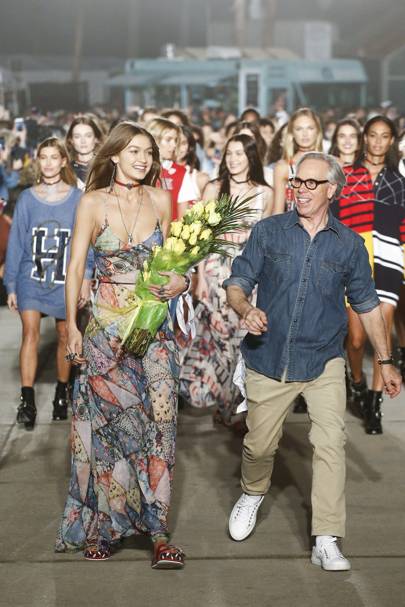 Of those designers remaining, however, there is still plenty to make the seven-day stint well worth staying tuned into. Raf Simon's eagerly anticipated debut for Calvin Klein (that will see the brand adopt a co-ed approach) takes place on Friday and is arguably one of the hottest tickets of the week. A close rival will be Laura Kim and Fernando Garcia's debut for Oscar de la Renta on Monday, which will be shown alongside the autumn/winter 2017 collection for their own label Monse this season - an unprecedented move on the schedule to date. Elsewhere, Philipp Plein, who will relocate to New York from Milan this season, can be relied upon to deliver sartorial - and quite likely literal - fireworks on Monday evening, while Kanye West's fashion label, Yeezy, will be one to keep an eye on next Wednesday.

Posted by FASHIONmode News at 3:46 PM