Ivanka Steps Down From Fashion Label

Ivanka Trump has stepped down from her role in her eponymous fashion company, a spokesperson has confirmed. The businesswoman will also relinquish her role in her father’s company, The Trump Organisation – and sell “all of her common stock and restructure her participation in The Trump Organisation transactions so that she no longer benefits from the profits,” Vanity Fair reports - as she and her family prepare to move to Washington DC ahead of her father’s inauguration.

The decision comes after her husband, Jared Kushner, accepted a role as a senior adviser to his father-in-law, president-elect Donald Trump, drawing on his experience running his family’s real-estate empire and New York newspaper The New York Observer. Like his wife, Kushner has stepped down from his roles - as chief executive of Kushner Companies and publisher of the Observer – and will divest key holdings in the coming weeks. 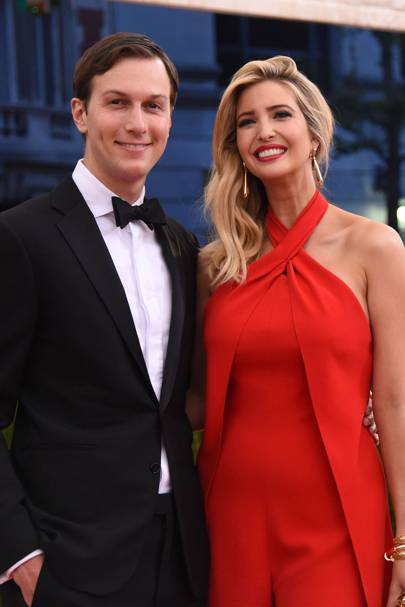 The move complies with Washington ethics and could pave the way for Ivanka Trump to accept a White House role alongside her husband. Both have a decade of business experience, assuming their senior roles in their respective family companies aged just 23 and 25, but neither have held any kind of public office. Donald Trump, unlike his daughter and son-in-law, has not yet revealed any intention to divest his stake in The Trump Organisation.

Posted by FASHIONmode News at 5:08 PM