Hanne Gaby On Revealing She Is Intersex

Model Hanne Gaby Odiele has revealed that she is intersex, a decision that she took in order to encourage more open conversation on the subject.

“It is very important to me in my life right now to break the taboo,” the Belgian model told USA Today. "At this point, in this day and age, it should be perfectly all right to talk about this."

Although almost two per cent of the population is born intersex - that is possessing characteristics, either genital or chromosomal, which do not fit the typical definition or male or female - the condition, and its resultant and often unwelcome surgeries, is rarely discussed.

The model was born with a chromosomal intersex trait known as Androgen Insensitivity Syndrome, in which a woman has XY chromosomes more typically found in men. Doctors urged her parents to consent to surgery to remove undescended testes, which meant “I might develop cancer and I would not develop as a normal, female girl,” Odiele recalled they were told. 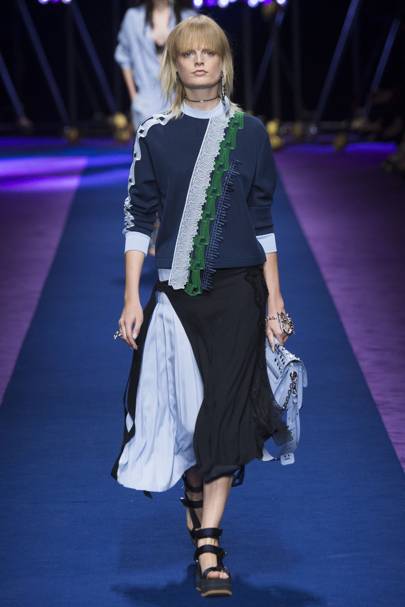 “I knew at one point after the surgery I could not have kids, I was not having my period. I knew something was wrong with me. It’s not that big of a deal being intersex... if they were just honest from the beginning. It became a trauma because of what they did.”

The model, who is pictured on street-style blogs with her fellow models almost as often as on the catwalk, married her boyfriend John Swiatek last August with model friend Anna Ewers as one of her bridesmaids.

Posted by FASHIONmode News at 5:21 PM