The Fashion Awards 2016: The Winners

Following 12 months of celebrations - including the Vogue 100 Festival, the Vogue 100 Gala, the National Portrait Gallery exhibition, Vogue 100: A Century of Style, and two commemorative tomes - Vogue: Voice of a Century, and Shulman's Diary of My 100th Year - the award brings 2016 to a fitting end.

This evening also saw a host of other big-name winners take home their well-deserved prizes. From the Womenswear Designer of the Year, to International Model of the Year, see the worthy winners below. 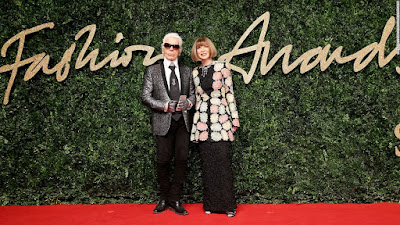 Posted by FASHIONmode News at 2:19 PM